Kentucky Owl Collabs With Bardstown Bourbon on The Wiseman
American

Kentucky Owl’s new Release, The Wiseman, is a Collaboration With Bardstown Bourbon Company

Kentucky Owl is releasing its first Kentucky straight bourbon whiskey, The Wiseman. It is produced and distilled by Kentucky Owl in collaboration with the Bardstown Bourbon Company.

That isn’t the only reason the bourbon is notable, however. The Wiseman is also the first release under John Rhea, who joined the distillery in June. Rhea previously worked for Four Roses as its chief operating officer and was inducted into the Kentucky Bourbon Hall of Fame in 2016.

Any growth in a company is a good sign, but acquiring Rhea as their new master blender will help Kentucky Owl maintain their exceptional reputation and continue to produce quality spirits considering his history in the spirits industry. 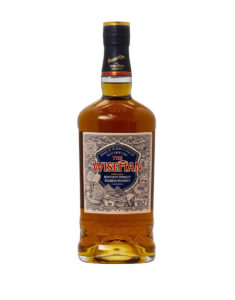 “The Wiseman Bourbon is an artful balance of soft wheat and spicy high-rye that provides a smooth but complex bourbon designed to drink neat, on the rocks or in a cocktail,” Rhea said in a news release. “The product leads with a beautiful caramel flavor and aroma followed by notes of allspice, citrus fruit, and a nudge of oak.”

The Wiseman is available for preorder from Reserve Bar for $58. Orders will start shipping for arrival mid-October or as soon as it becomes available in your market.