Get in the Thanksgiving Spirit With Turkey Tom Bourbon
American

Get in the Thanksgiving Spirit With This Hand-Painted, Turkey-Shaped Bottle of Bourbon 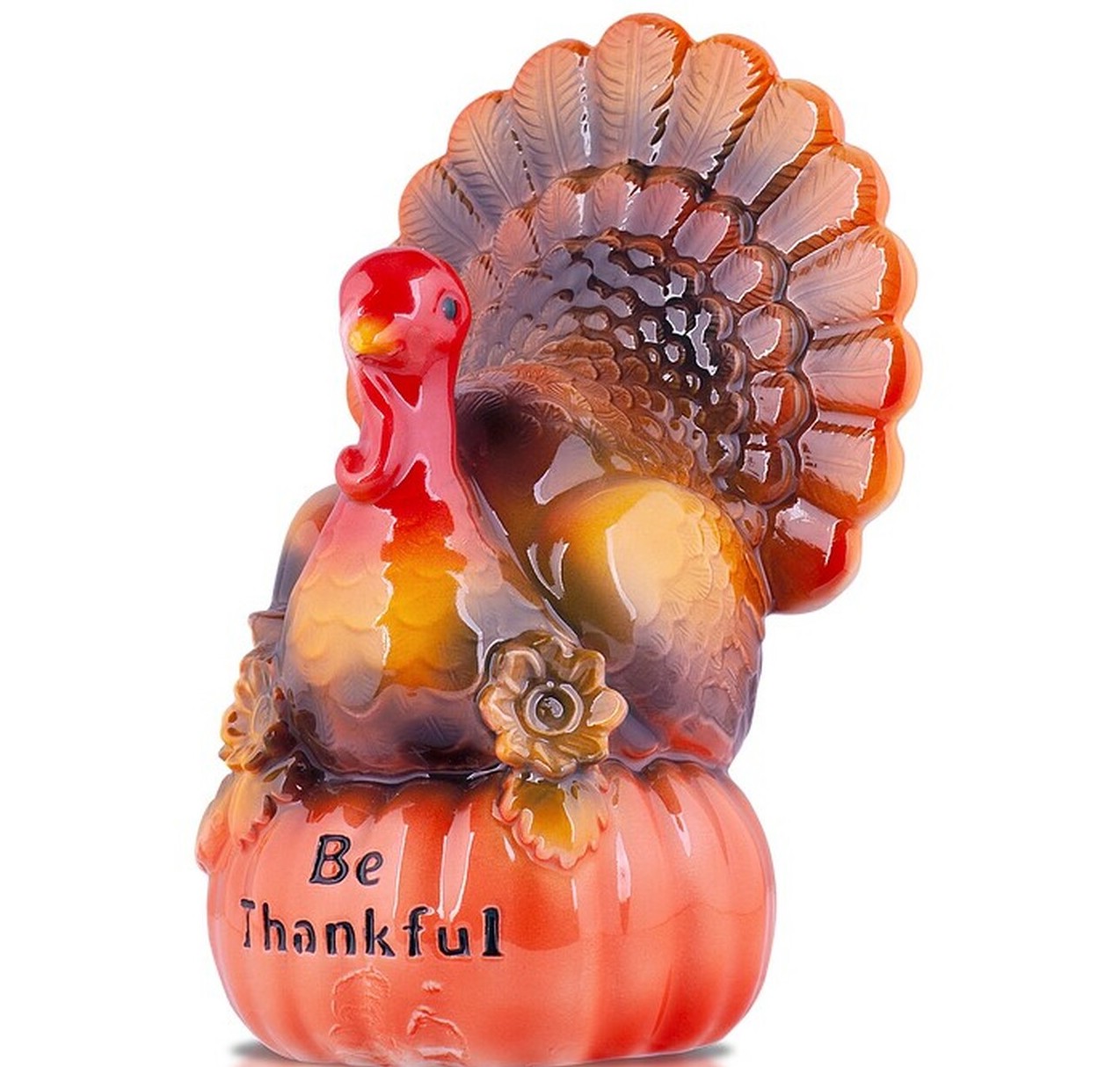 If you’re looking for a way to bring the best item of sustenance to your Thanksgiving dinner without even needing to cook, look no further than Turkey Tom. This bottle of bourbon comes in an intricately hand-painted bottle depicting a turkey perched atop a pumpkin that reads “Be Thankful.”

There was no announcement to be found regarding the release of Turkey Tom, but here’s what we know:

Turkey Tom comes bottled at 40% ABV, has a suggested retail price of $60 and appears to be circulating throughout the U.S. It likely began retailing in early October, as Priest Point Wine & Spirits in Nashville posted photos of Turkey Tom on Twitter on Oct. 6, calling it a “new product.” Early October also makes sense as a launch date for a Thanksgiving-themed product. Priest Point’s tweet gives us a picture of the packaging:

According to the bourbon’s registration with the Alcohol and Tobacco Tax and Trade Bureau, it is a re-imported straight bourbon from South Carolina. According to Banian Trading, Turkey Tom comes from Midwest Grain Products of Indiana.

Last month, a Reddit user posted two photos of a bottle of Turkey Tom they had purchased. We learned from the label in the second photo that the bourbon is matured in oak.

We also know that Turkey Tom was available last holiday season, as evidenced by an Instagram post from November 2020 by Georgia retailer Sprayberry Bottle Shop:

Here is what Aiko Importers, which is listed as the distiller of Turkey Tom by North Carolina’s ABC Commission, has to say about the bourbon:

Turkey Tom is an incredible work of art, to sum up, the fall season. A gorgeous hand-painted bottle represents the season everyone falls in love with. Pumpkins, maple leaves, and of course our Turkey Tom is presented in this bottle’s design.

And to match the fall-inspired design we made the spirit inside in accordance. An American Bourbon with a toasted barrel, caramel, oak, and cherries dominate the palate. A perfect dram to pair with the season.

A bourbon that will keep you happy in the fall, and keep you warm in the winter.