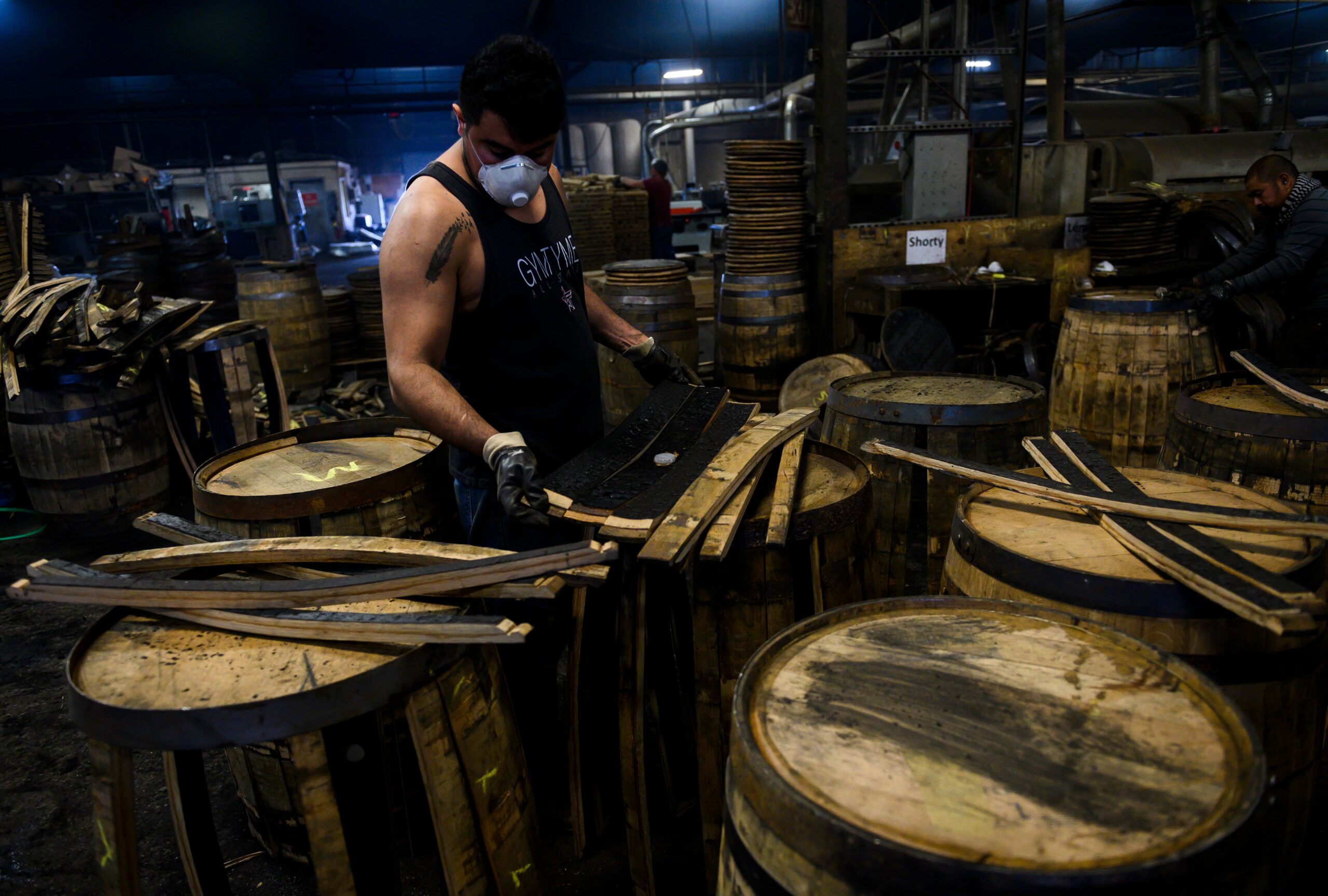 American whiskey tariffs imposed by the European Union were set to increase from 25% to 50% in December but instead will be removed altogether. (Andrew Caballero-Reynolds/AFP via Getty Images)

The American world of whiskey at large likely celebrated hard this weekend following the U.S.’s announcement that it had reached an agreement with the European Union that will include the EU dropping its tariffs on U.S. whiskey, starting Jan. 1.

The EU imposed the 25% tariff on whiskey and other goods in 2018 in retaliation to former President Donald Trump’s imposition of tariffs on steel and aluminum from the EU.

That 25% tariff was set to leap to 50%, until the EU in May of this year delayed the date of that increase from June to December, as the union was in the midst of working to address the conflict with the U.S. Then, in June, the EU agreed to a five-year suspension on tariffs for products including vodka and Cognac, but whiskey wasn’t included in the deal.

Under the new deal, the U.S. will allow a certain amount of EU-produced steel and aluminum to enter the U.S. without tariffs. In return, the EU is dropping its retaliatory tariffs on American whiskey and other goods.

Similar tariffs from the United Kingdom on American whiskey remain in effect.

Here are some responses to this wonderful news from prominent figures in the whiskey world.

“Lifting this tariff burden on American whiskeys not only boosts US distillers and farmers, it also supports the recovery of EU restaurants, bars and distilleries hit hard by the pandemic,” said Chris Swonger, president and CEO of the Distilled Spirits Council of the United States.

“Cheers to the Biden administration for their dogged determination to reset trade relations with the EU and bring a stop to the needless damage being done to US businesses caught up in this trade war.

“The end of this long tariff nightmare is in sight for US distillers, who have struggled with the weight of the tariffs and the pandemic. It’s time for the UK to lift its tariff on American whiskeys so we can all get back to toasts, not tariffs,” Swonger said.

“The KDA thanks the steadfast leadership of the Biden Administration, Kentucky Gov. Andy Beshear, Congressman John Yarmuth and officials in Europe for their tireless efforts to resolve this ongoing trade dispute and to restore fairness in overseas markets for Kentucky’s signature distilled spirits industry,” said KDA President Eric Gregory.

“With the suspension of the E.U. tariffs, we urge leaders from both the U.S. and U.K. to resolve their own tariff dispute so our legendary distillers can return at long last to doing what they do best – crafting the finest Bourbon for all the world to enjoy, Gregory said.”

Kentucky Gov. Andy Beshear took to Twitter to show his support and gratitude:

The EU-US announcement to remove tariffs on Kentucky bourbon is great news! Bourbon is a $8.6 billion industry that provides 20,000 jobs to Kentuckians. Thank you to @SecRaimondo and the Biden administration and all those who helped make this win a reality for the commonwealth.

“Brown-Forman looks forward to the return of a level playing field on 1 January 2022, and continued international growth for American whiskey. We hope a similar outcome can soon be achieved between the US and the UK,” said Lawson Whiting, president and CEO of Brown-Forman.

“It is welcome news that the US and EU have made such significant progress on the steel and aluminium dispute and taken US whiskey producers out of the tariffs firing line,” said CEO Mike Beale. “The UK must now capitalise on this momentum without delay, suspend the tariffs, and quickly work with the US to resolve the dispute.

At a time when the economy is in recovery from continued lockdown, it is vital that we move to support our UK spirits importers and the hard-hit hospitality industry at pace.”

“We welcome this announcement and congratulate our colleagues on both sides of the Atlantic who have worked so hard to support our sector,” said Martha Dalton, co-founder of the Bourbon Alliance. “The UK must now focus on reaching a similar resolution, working with colleagues in the US to finally remove the tariff which continues to cause such disruption to the UK economy.

“When the UK left the Customs Union, we were promised the freedom to establish an independent trade policy – the time has come to realise the opportunities of Brexit and to cut the tariff for good.”

The Bourbon Alliance is a coalition of bourbon makers, sellers and enthusiasts, including Jim Beam, Maker’s Mark, Brown-Forman and the Wine and Spirit Trade Association.