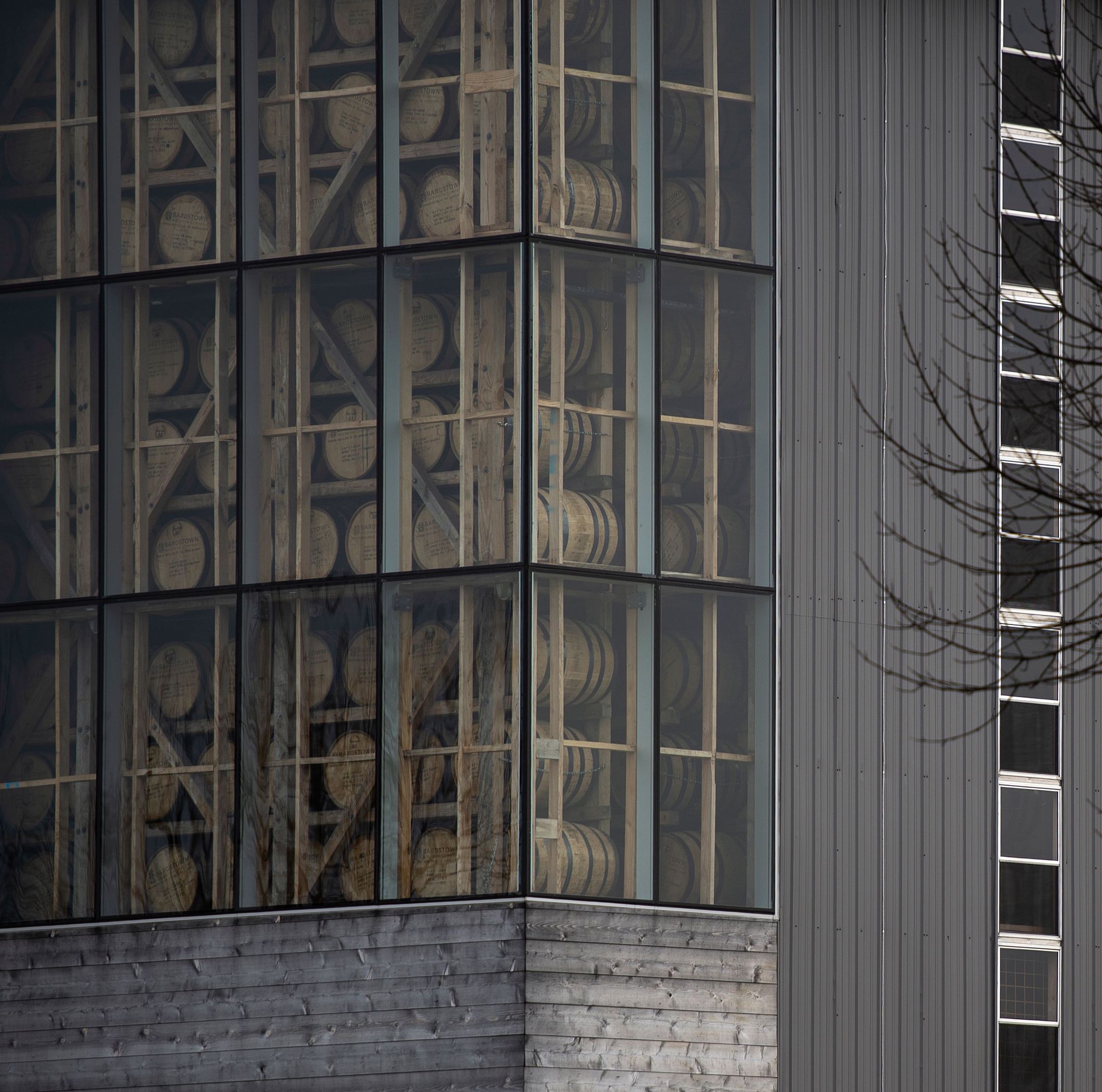 Barrels of bourbon are seen inside of a closed storage building as they age April 11, 2019, at the Bardstown Bourbon Company in Bardstown, Kentucky. The population of white oak trees, which produce the wood for a vast majority of bourbon barrels, faces an uncertain future, according to a report. (Photo: ANDREW CABALLERO-REYNOLDS/AFP via Getty Images)

White oak trees, which play a vital role in the production of Kentucky bourbon, aren’t growing at a sustainable rate, according to a recent report from the White Oak Initiative.

Bourbon is aged in charred oak barrels, which give the spirit flavor and color. White oak is integral in the multi-billion-dollar bourbon industry.

According to the report, 60% of the mature white oaks acres surveyed had no seedlings present, and 87% had no saplings, a grave sign for the future of the trees.

For now, white oaks are aplenty, but fewer younger trees are sprouting, which brings up concerns about the future. The report predicted that the white oak population will begin a steep decline in the next 10 to 15 years if there are no changes in forest management.

“What’s at stake is we have a lot of industries that are white-oak dependent,” said Jeff Stringer, co-founder of the White Oak Initiative and chair of the Department of Forestry and Natural Resources in the College of Agriculture, Food and Environment at the University of Kentucky, according to the Lexington Herald Leader. “If this trend continues there’ll start to be a shortage in the supply chain.”

THe initiative is trying to begin a change in forest management far in advance because white oak trees can take 60 to 80 years to grow to the minimum size to be used in wood products.

According to the report, one reason for the decline is modern fire suppression techniques, which allow species such as maple and beech to thrive but not oaks.

Other threats to the white oak population are a lack of active forest management to remove competing species, invasive pests and plants, and stresses related to climate change, per the report.

The report recommends approaches to boost the regeneration of oaks, including logging, controlled fires to create better conditions and planting trees.

Even before this report, some distilleries had already begun efforts to aid the population of white oaks. In August, Heaven Hill announced plans to partner with Independent Stave Company to sponsor logger certifications to remove non-merchantable trees that impede the growth of promising oaks.

In September, Angel’s Envy announced a tree-planting campaign on Twitter, vowing to plant a new white oak tree every time a Twitter user posted a photo of an Angel’s Envy drink with the hashtag #ToastTheTrees.