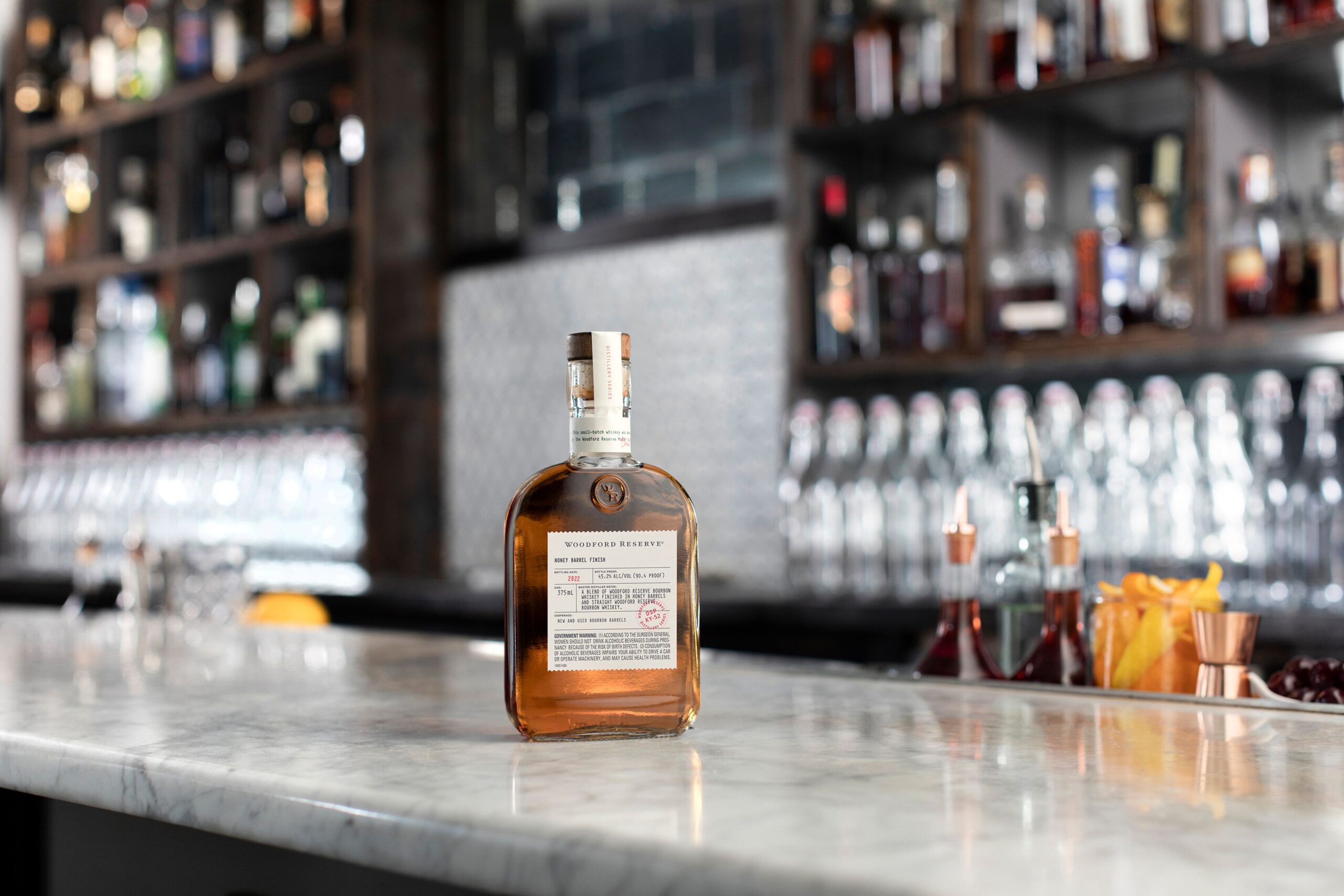 The new whiskey is Woodford Reserve Bourbon finished in barrels that formerly stored honey. Woodford Reserve sent some of its freshly-dumped bourbon barrels to a honey bee farmer in Woodford County, Kentucky, who then aged his honey in the barrels. The barrels were returned to Woodford Reserve, after an undisclosed period of time, where they were refilled with bourbon.

“One of the best parts of my job is being able to experiment with new ways of making Woodford Reserve,” Master Distiller Chris Morris said in a news release. “It’s been rewarding to work with a honey producer here in Woodford County to create this unique Distillery Series expression and support local business and agriculture.”

Woodford Reserve Honey Barrel Finish is bottled at 90.4 proof and available in 375-milliliter bottles, which retail for $59.99 at the Woodford Reserve Distillery’s gift shop and at select Kentucky retailers.