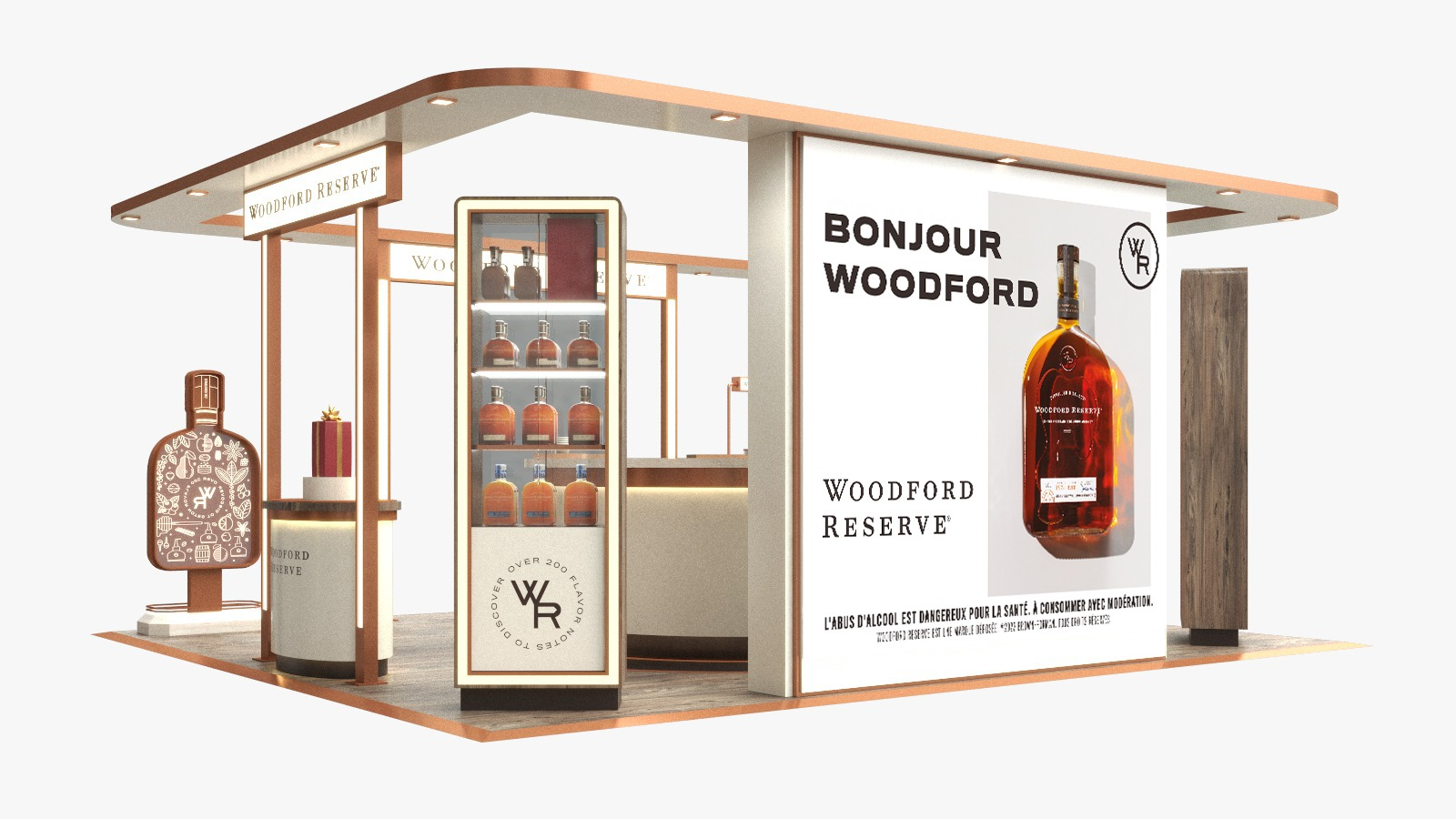 Kentucky whiskey distillery Woodford Reserve on Monday announced that it will open a pop-up “sensory experience” at Charles De Gaulle Airport in Paris, France, to bring the flavors of its American whiskey to international travelers.

“This unique sensory lounge will bring the flavors of Woodford Reserve to all those traveling through Charles De Gaulle Airport,” Chris Morris, master distiller at Woodford Reserve, said in a news release. “It’s an interactive way to introduce consumers to Woodford Reserve with a Parisian twist, elevating the travel shopping experience to new levels.”

Woodford Reserve has partnered with the Paris cocktail bar Little Red Door to add a farm-to-bar cocktail menu to the experience.

The menu will feature Woodford Reserve cocktails and mocktails. The cocktails will be served in keepsake Govino glasses to reduce waste.

“We’re incredibly excited to bring our Farm to Glass approach to cocktails to a world-class environment like Charles de Gaulle airport to showcase the best in French produce,” said Alex Francis of Little Red Door. “And, to do it alongside long-term collaborators and the premiere spirits brand in travel retail Woodford Reserve is even more exciting.”

Little Red Door has been named to the “World’s 50 Best Bars” list nine times since it opened in 2012.

Woodford Reserve described the pop-up as a “spectacle of the senses” through tasting experiences of Woodford Reserve’s portfolio. Tastings will change daily and occasionally include high-end limited releases such as the Master’s Collection and cognac-finished Baccarat Edition, the brand said.