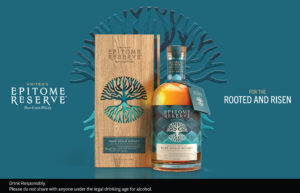 In a prepared statement from the company, Diageo says that there are only 2,000 bottles made, making the new whisky not only exclusive but rare. This is also a first for the country, so Diageo can add historical to the list as well.

Commenting on the launch, Deepika Warrier, CMO, Diageo India, said, “We are delighted to announce Diageo’s foray into the ‘Craft’ segment with the launch of the limited-edition Epitome Reserve. This launch strengthens our commitment to our premiumization strategy, riding on brand renovation and innovation. A blend born in India from start to finish, we are confident this limited-edition craft whisky will resonate with our consumers in creating experiences they will cherish.”

Epitome Reserve is all about commemorating “the special people who are rooted in our future and leave a lasting impact in our lives, symbolized by the immortality and longevity of a banyan tree.”

This whisky is unlike any other whisky in India. According to the press release, it is made of locally sourced rice from the northern frontiers of Punjab, which then travels over 2,000 km to be matured in Goa in bourbon casks over 3 years, and then finished in PX Sherry and Cherrywood casks in a 50-year-old warehouse.

A meticulously crafted blend of woody flavours, vibrant characters of rich dried fruits, sweet toffee caramel, vanilla, butterscotch, and rich spicy notes, the liquid is enjoyed neat, on the rocks or with a dash of water. Epitome Reserve is the first-ever whisky that comes with an Indian Master Blender’s signature, a personalised nod to the connoisseurs of true craft.