Police Use Drone to Bust 9 Illegal Liquor Dens, Arrest 44 in a Single Day 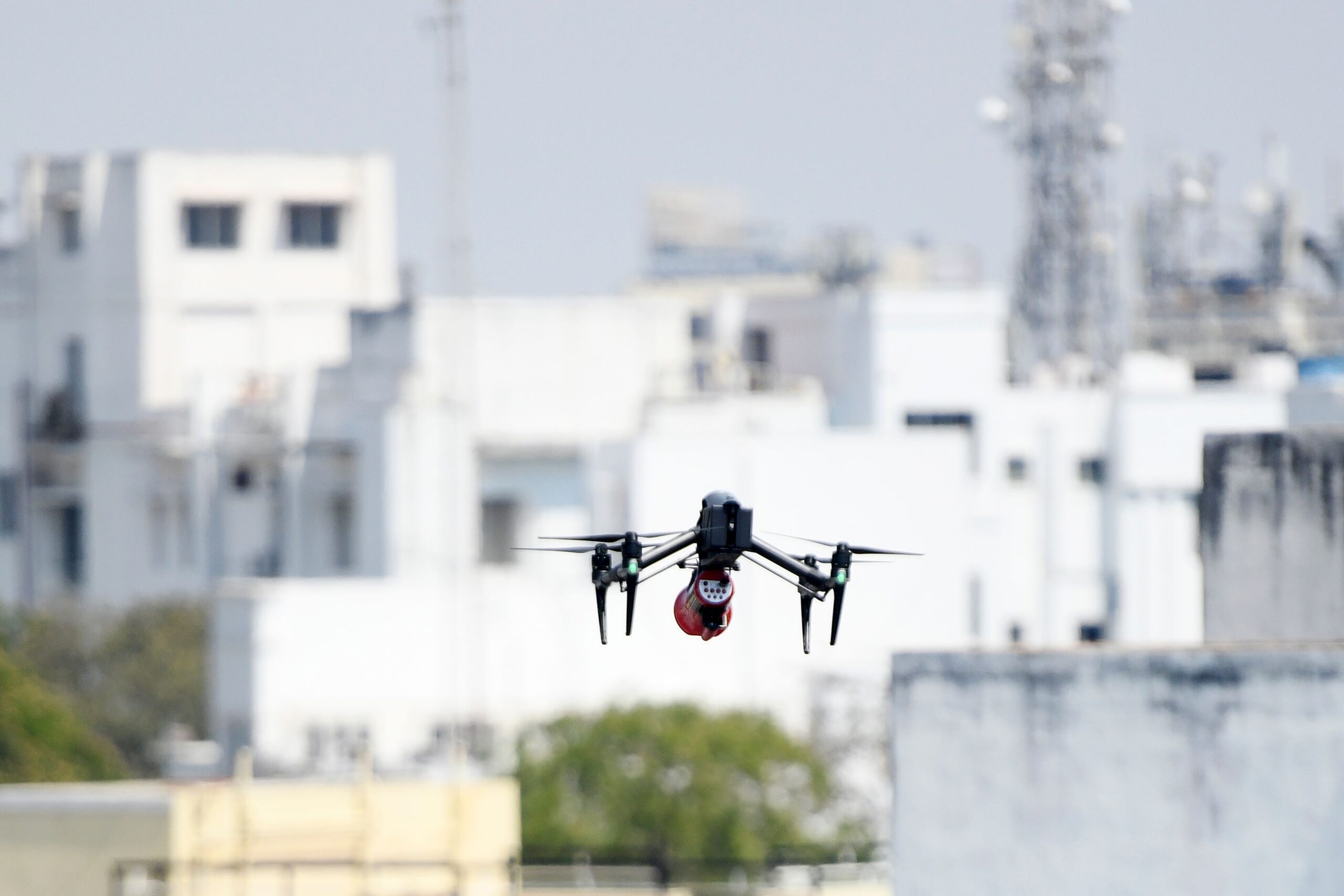 A drone used by police to monitor activities of people and spread awareness announcements is seen during a government-imposed nationwide lockdown as a preventive measure against the COVID-19 coronavirus in Chennai, India, on April 4, 2020. Police in India used a surveillance drone to make bust illegal liquor dens and arrest 44 people. (Photo by Arun SANKAR / AFP) (Photo by ARUN SANKAR/AFP via Getty Images)

A police operation in the Amreli district of the Saurashtra region in India busted nine illegal liquor manufacturing dens and arrested 44 accused in a single day, according to the Indian Express. Police seized 124 liters of country liquor, 182 liters of counterfeit chemicals and other equipment in operation “Special Bhatti.”

The operation was carried out using a drone equipped with a high-definition camera for surveillance to bust the dens and arrest the accused.

“Usually, those involved in manufacturing country liquor do it on the river banks or near any water source. They also make sure that these dens are near any garbage disposal spot outside the villages to hide the stench from the country liquor,” Amreli superintendent of police Nirlipt Rai said, according to the Indian Express. “Conventional methods to bust such dens are difficult as first we have to cordon off the villages and then begin the search operation. With drone surveillance, we focused on the river banks of three talukas — Savarkundla, Jaffrabad and Amreli.”

After the successful operation, Rai said that the police will begin using the drones more, in other police operations, and for weekly inspections of the riverbanks in Amreli, as well as for taking action against illegal sand mining.