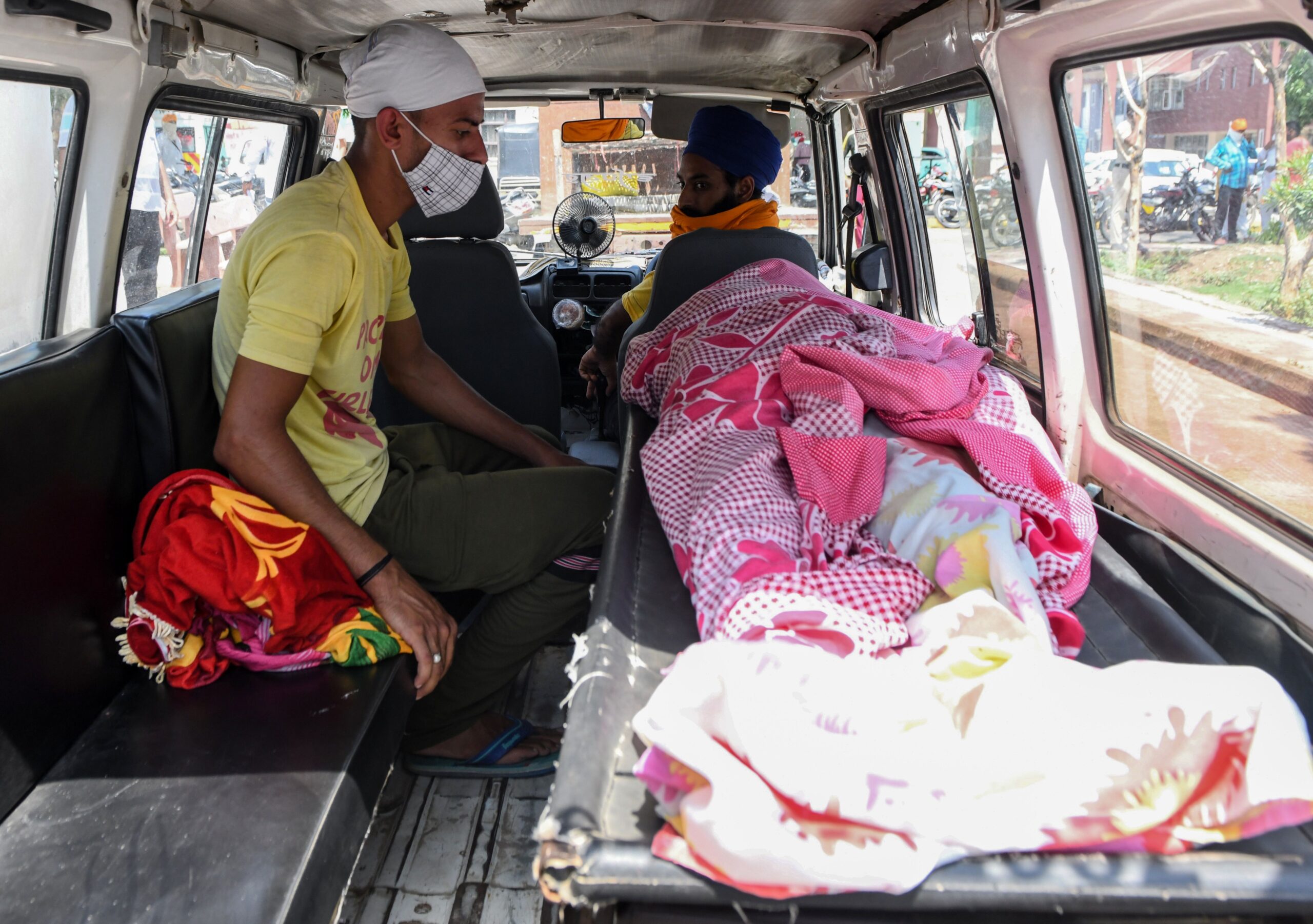 A relative sits near the body of Kirpal Singh, who died after allegedly drinking spurious alcohol, in a vehicle at a civil hospital in Tarn Taran on August 2, 2020. Nine people this week were killed by laced booze sold at a licensed liquor store, police said. (Photo by NARINDER NANU/AFP via Getty Images)

Nine brick kiln workers died and at least 29 others became ill Wednesday after drinking laced booze at an event Tuesday night in Paharpur village in Rae Bareli, India, per the Times of India.

The liquor was local alcohol brand “Windies,” purchased from a licensed liquor store in the town of Maharajganj, according to the Times of India. It was served at an event that a villager held to celebrate the birth of his granddaughter. His neighbors and relatives were invited.

Those who consumed the liquor began vomiting afterward and were rushed to a nearby hospital, Ranjan Kumar, commissioner of the city of Lucknow, said, according to NDTV.

“A probe was ordered and [a First Information Report] lodged against the liquor shop owner,” district magistrate Vaibhav Srivastava said.

The shop owner and a salesman are on the run, according to Shlok Kumar, Rae Bareli superintendent of police.

In the wake of this incident, authorities ordered the suspension of five policemen and three excise department officials of the districts, according to NDTV.

Illicit liquor sales are a raging problem in India. This month’s many instances include police seizing 425 liters of counterfeit booze, using a surveillance drone to bust nine illegal liquor dens and arrest 44 people in a single day, and discovering more than 22,000 bottles of liquor while investigating an abandoned truck.

In October, 34 people in Russia were killed after drinking bootleg spirits found to be laced with methanol.

Alcohol scams, including sales of toxic and nontoxic booze alike, are a pervasive issue across the world.