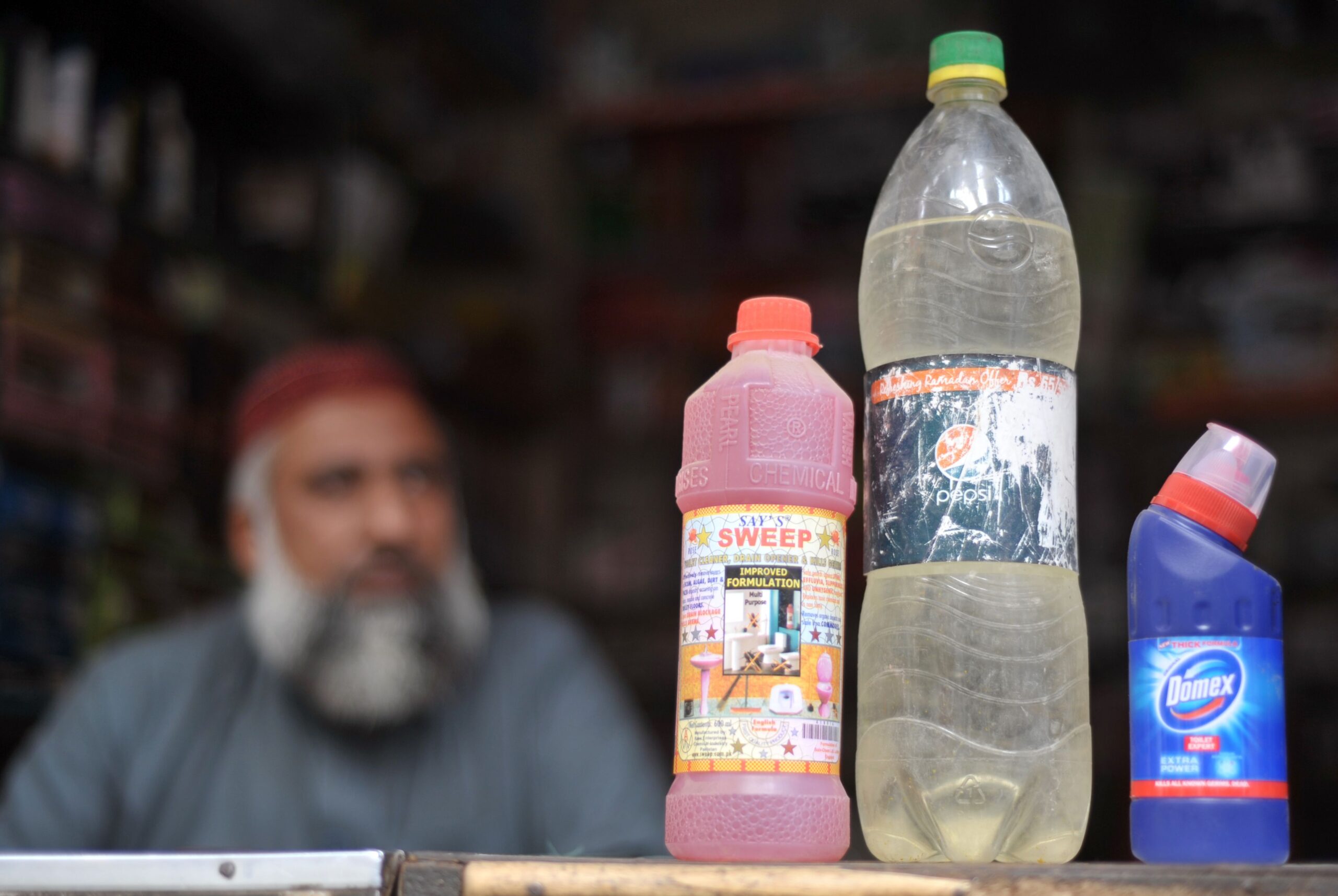 A household needs vendor shows acid (C) he sells at a very cheap price March 16, 2012 in Multan, Pakistan. A man in India recently mistook a bottle of acid for alcohol and died after drinking it. (Photo credit should read BAY ISMOYO/AFP via Getty Images)

A 55-year-old Indian man died after consuming a full bottle of acid that he thought was alcohol, the Khaleej Times reported Sunday.

The man, Kartik Mohan Debbarma, was reportedly under the influence of alcohol when he drank the acid.

According to the Khaleej Times, sources said Debbarma was a “habitual drunkard,” and on the night of the incident, he had gotten excessively drunk at a local county liquor shop before returning home to sleep. At about midnight, Debbarma woke up and wanted to drink more, “but mistakenly picked up the wrong bottle full of acid kept for rubber processing,” according to the Khaleej Times’ sources.

Soon after drinking the acid, Debbarma fell unconscious. His family brought him to the hospital, but he was dead by the time he arrived.