Seeking Votes, Politician Promises Liquor at $1 Per Bottle if Elected 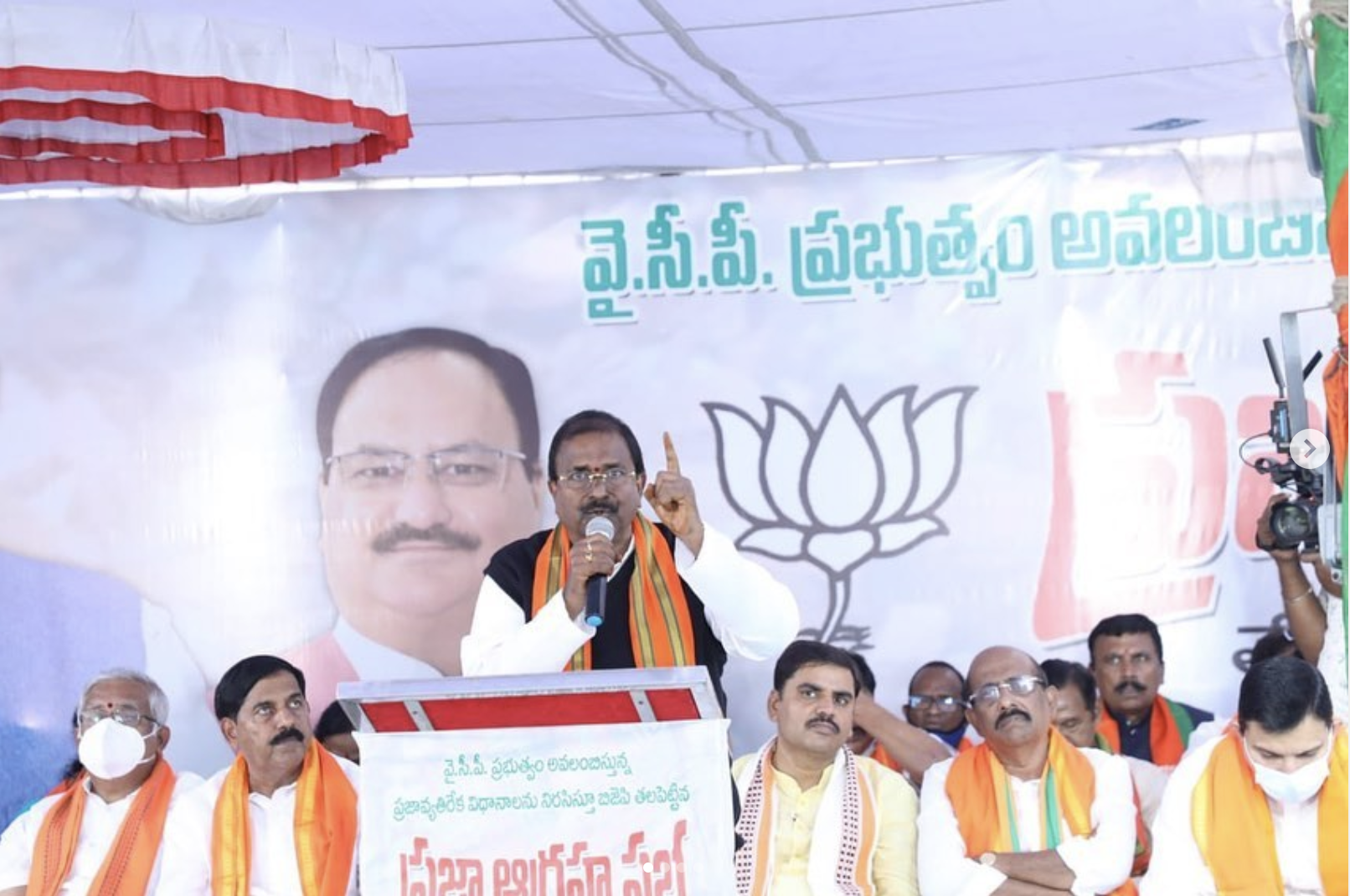 Somu Veerraju, the president of the Bharatiya Janata Party, or BJP, in Indian state Andhra Pradesh, is promising his people bottles of liquor priced at ₹75 (about $1) if his party is voted forward in assembly elections.

Verraju is asking for votes in the number of one crore, an Indian number equal to 10 million.

“I am telling you that one crore people are drinking (alcohol) in the State. All of you people vote for BJP, we will offer you cheap liquor at ₹75. If the revenues are good, we will even supply at just ₹50 (67 cents),” Veerraju said, according to the Hindu Business Line.

Veerraju said the average person drinks liquor for about ₹12,000 (about $161) per month, and that money is being collected by Y.S. Jagan Mohan Reddy, Andhra Pradesh’s current chief minister, who Veerraju says is then “giving it back in the name of a scheme,” in the words of the Hindu Business Line.

Wah…what a scheme! What a shame 😝 AP BJP stoops to a new low

National policy of BJP to supply cheap liquor at ₹50 or is this bumper offer only for states where the desperation is “high”? https://t.co/SOBiRq5gNu