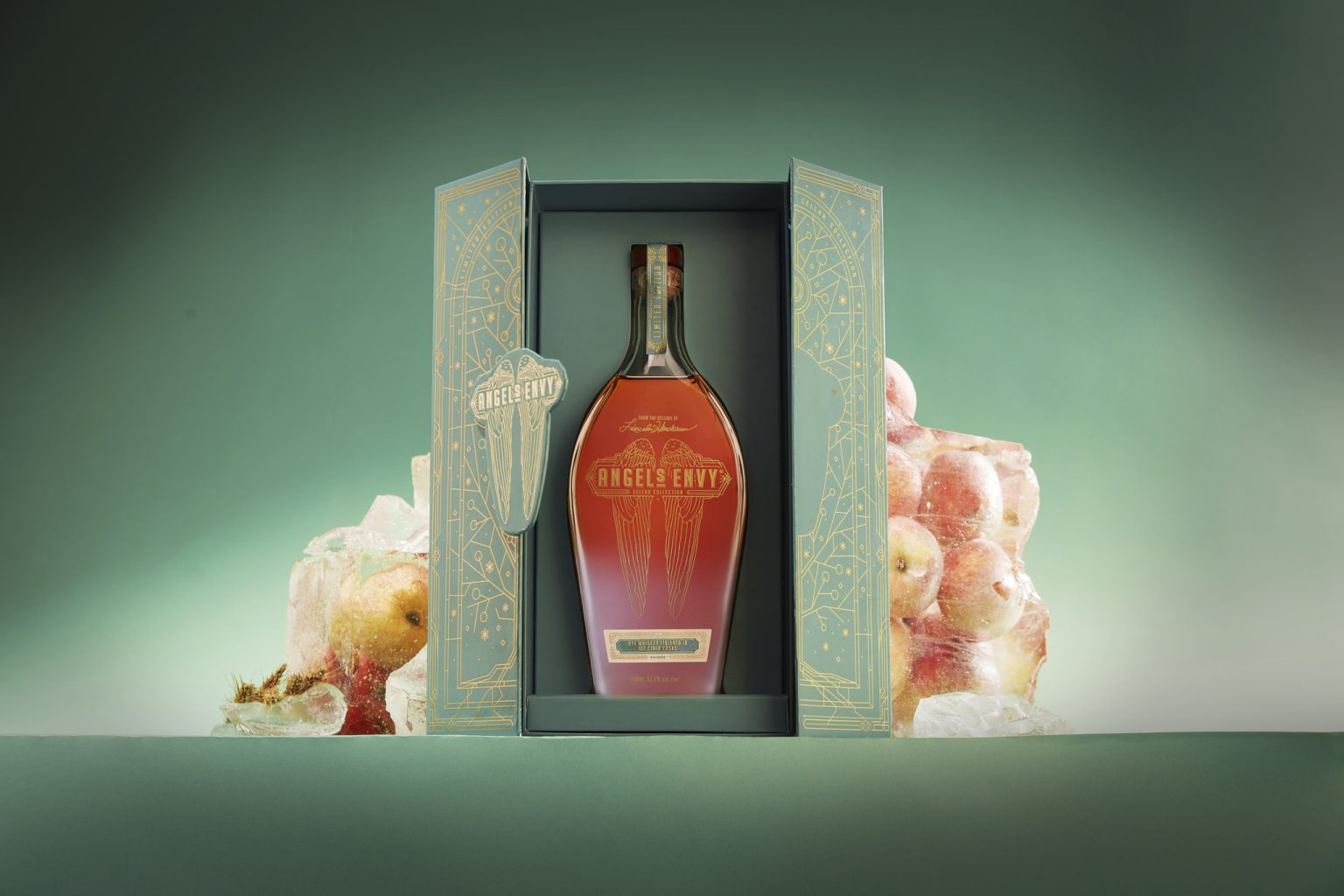 Angel’s Envy is releasing the fourth whiskey in its limited-edition Cellar Collection, and unlike the previous three, this one is a rye whiskey.

A 7-year-old straight rye, this expression was finished for 364 days in ice cider casks from Vermont’s Eden Specialty Ciders.

“The flavor profile of this whiskey is very unique – the spiciness of the rye is balanced by the fruity sweetness from the ice cider casks, and there’s a crispness that is really distinct. We’ve never seen a whiskey finished in ice cider casks before, so we’re excited to introduce this finish as part of our Cellar Collection,” Kyle Henderson, Angel’s Envy distillery production manager, said, according to The Bourbon Review.

“My brother, Andrew, was the one who found these barrels and raised the idea of an ice cider finish; he’s really championed this project from the beginning. As we tasted samples and learned more about the craftsmanship, time and resources required to create each bottle of ice cider, we fell in love with the product and the process and knew these special casks would be an excellent match for our rye.”

The rye will be the highest-ABV of all of the Cellar Collection releases at 107 proof.

Ice cider casks aren’t the only Angel’s Envy first in this release; the expression comes in a frosted bottle, as a nod to “ice” cider.

This is Angel’s Envy’s first rye release since its flagship rye launched in 2013.

Six thousand bottles of Angel’s Envy Rye Whiskey Finished in Ice Cider Casks will be available for purchase starting Feb. 25 at select retailers in NY, CA, FL, TN, IL, TX and KY, as well as at Angel’s Envy’s downtown Louisville distillery, for about $250.

Angel’s Envy 500 Main members can enter for the chance to purchase a bottle ahead of the public sale, which they then can pick up at the distillery. Five hundred bottles will be reserved for the 500 Main presale lottery.

Finish: Long and transitions from spicy to sweet, with notes of brown sugar and apple with hints of earthiness and oak.