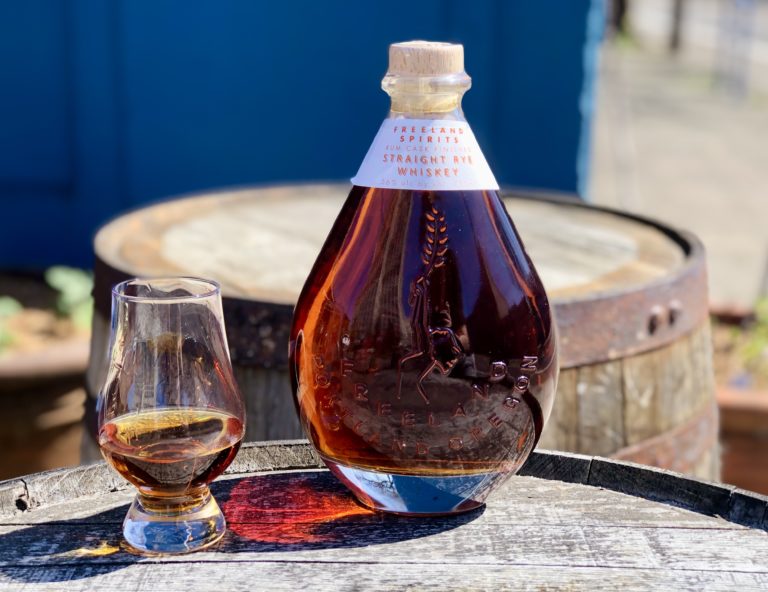 Freeland Spirits on Wednesday announced the launch of its first limited-release rye whiskey finished in Magdalena Rum barrels. The 5-year-old sourced rye underwent a second maturation in four Magdalena Guatemalan Rum barrels for two years. For the first time, Freeland will offer a limited release outside of the distillery’s tasting rooms.

“We’re double-excited about this limited release,” Freeland Spirits Founder Jill Kuehler said in a news release. “It’s a great collaboration with Magdalena Rum and it’s our first time making a limited release available outside of our tasting rooms. We’re excited to give more people the chance to experience of our small batch releases.”

Freeland’s Rye Finished in Rum Barrels was blended by Master Distiller Molly Troupe. Freeland is releasing 600 bottles of the 112-proof whiskey in its two tasting rooms in Portland and Lake Oswego, Oregon, on April 23, and nationally online in 37 states via Tipxy.com on April 22. The whiskey sells at a suggested retail price of $75.

Freeland will host a release party on April 23 in its Vaughn Street Tasting Room, with pizza from Portland’s Pizza Thief and live entertainment. “Everyone’s invited for whiskey cocktails and the chance to buy a bottle before they’re gone,” Kuehler said. The event starts at noon and is free, but registration is required.

Freeland Spirits was founded and is operated by women.