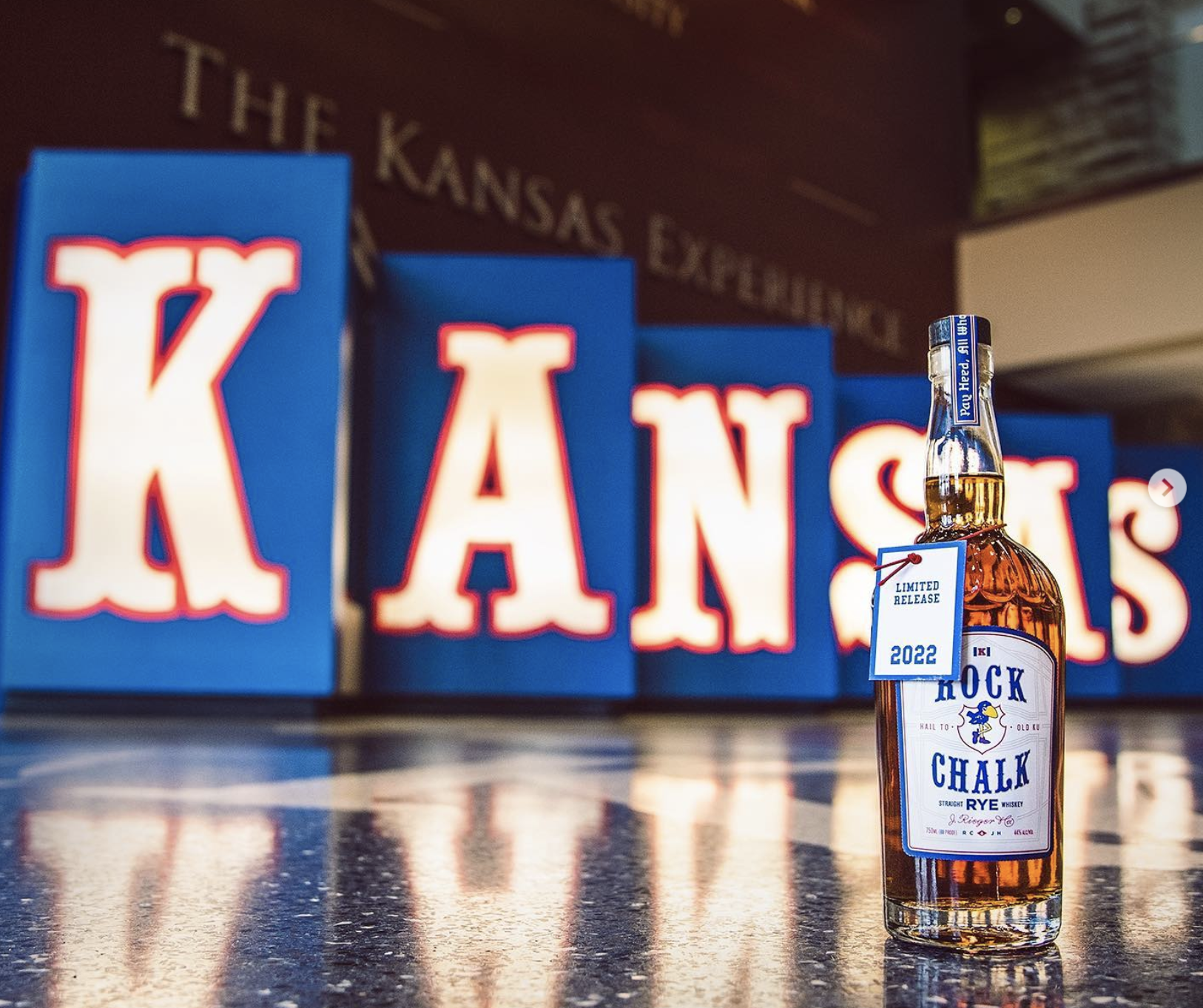 The Rock Chalk Straight Rye Whiskey label depicts the 1912 Jayhawk and an illustration of the team’s arena, Allen Fieldhouse, as well as a championship banner bottle neck hanger.

“We are excited to partner with such an iconic Kansas City brand in J. Rieger with the launch of Rock Chalk Rye,” Kansas Deputy Athletics Director Jason Booker said in an announcement. “We are also proud to be partnering with the Jayhawk Buddy System where a portion of the proceeds from Rock Chalk Rye will go directly to fund responsible drinking programs with our campus community. Andy Rieger and his team have been tremendous to collaborate with and truly understand how to capture the traditions of both of our brands while bringing something unique to market for our fans.”

The 750-milliliter bottle was released with a suggested retail price of $69.99 with about 6,000 bottles available at the J. Rieger & Co. distillery and at select Missouri and Kansas retailers.

“My family has a long history with the University of Kansas,” J. Rieger & Co. Co-Founder and President Andy Rieger said. “My mom, a varsity diver, and my grandfather, the quarterback of the 1948 Orange Bowl Team, raised me a Jayhawk. It’s impossible to overstate how excited I am to partner with our friends at KU.”

The Jayhawks have a chance to win another championship this year. They’re currently in the Sweet Sixteen, and play Providence on Friday for a chance to advance to the Elite Eight.

Rieger & Co. celebrated the release of Rock Chalk Straight Rye Whiskey on March 10 with a Big 12 Tournament watch party in the distillery’s Atrium.

Taste: Flavors of black pepper, caraway, salted peanuts, baking spices, and a note of cumin follow. It’s loaded with red fruits balanced by dark chocolate. French toast with raspberry preserves. Mid-pallet richness with vanilla and allspice. Reminiscent of a Root Beer Float. Lots of sweetness for a Rye, but still plenty of spice