'Rip Up the Rule Book' for WhistlePig Bartender Challenge
Article 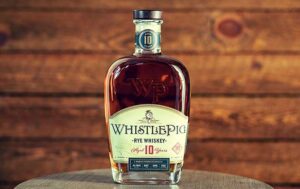 Vermont whiskey distillery WhistlePig has launched a cocktail competition for bartenders across the United Kingdom.

The competition, called No History No Rules, challenges bartenders to create a cocktail with Whistlepig 10 Years Old rye whiskey.

“In the true spirit of Whistlepig, we will be celebrating the most unusual and inspiring drinks that bartenders can come up with – nothing is off the table and the only limit is your imagination,” says Dan Priseman, Whistlepig’s UK and European brand steward, according to The Spirits Business.

Five regional heats will take place, in London, Scotland, northern and southern regions plus the midlands. The competition is being launched in partnership with Bar Life UK with the intention of driving awareness of opportunities in the bartending community.

“We are very excited to be launching our first ever Whistlepig rye whiskey cocktail competition for the UK,” Priseman said, “hoping bartenders up and down the country will rip up the rule book and be as creative and trail-blazing as possible with their cocktail creations.”

No History No Rules Competition

The competition has only one rule (despite touting that there are no rules): The participant has to use at least 30 milliliters of WhistlePig 10-year-old Rye in the cocktail.

According to Bar Life UK, the scoring for the cocktails will be:

To enter the competition, visit barlifeuk.com, and fill out the form for your shot at receiving a bottle of The Boss Hog VIII, a limited-edition rye whiskey from the brand that will be the grand prize. Entrants have until May 15 to submit their creations for the contest.