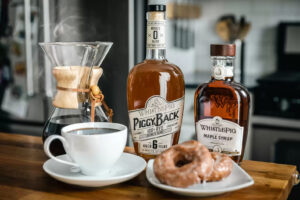 It’s that time of year again. The holidays are over, and many people are making resolutions to cut back on drinking for the month of January or looking for a way to celebrate liquor-free without feeling like they’re missing out.

Now Vermont distillery WhistlePig has joined the nonalcoholic trend with their new nonalcoholic rye whiskey, PiggyBack Devil’s Slide. “For anyone resolved to drink less (once a year) without depriving their discerning palate. The world’s first aged non-whiskey.” This is the first in a series of three new releases, the final to be a THC-infused whiskey. 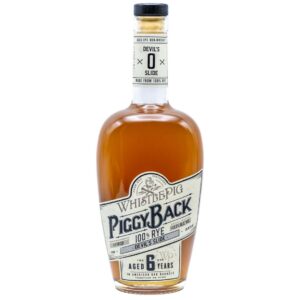 While a nonalcoholic spirit is nothing new, The rye does claim to be the first aged non-whiskey, created with 100% rye and slowly matured for six years before being undistilled to remove the alcohol but not the taste.

To that end, nonalcoholic beverage sales are soaring. Drizly recently reported that sales are up 290%, and major brands are racing to throw their hats in the ring, producing everything from the typical nonalcoholic beer to another daring future release of cannabis-infused nonalcoholic bourbon.

With the booze-free rye already sold out on WhistlePig’s website, all signs point to nonalcoholic spirits being here to stay.