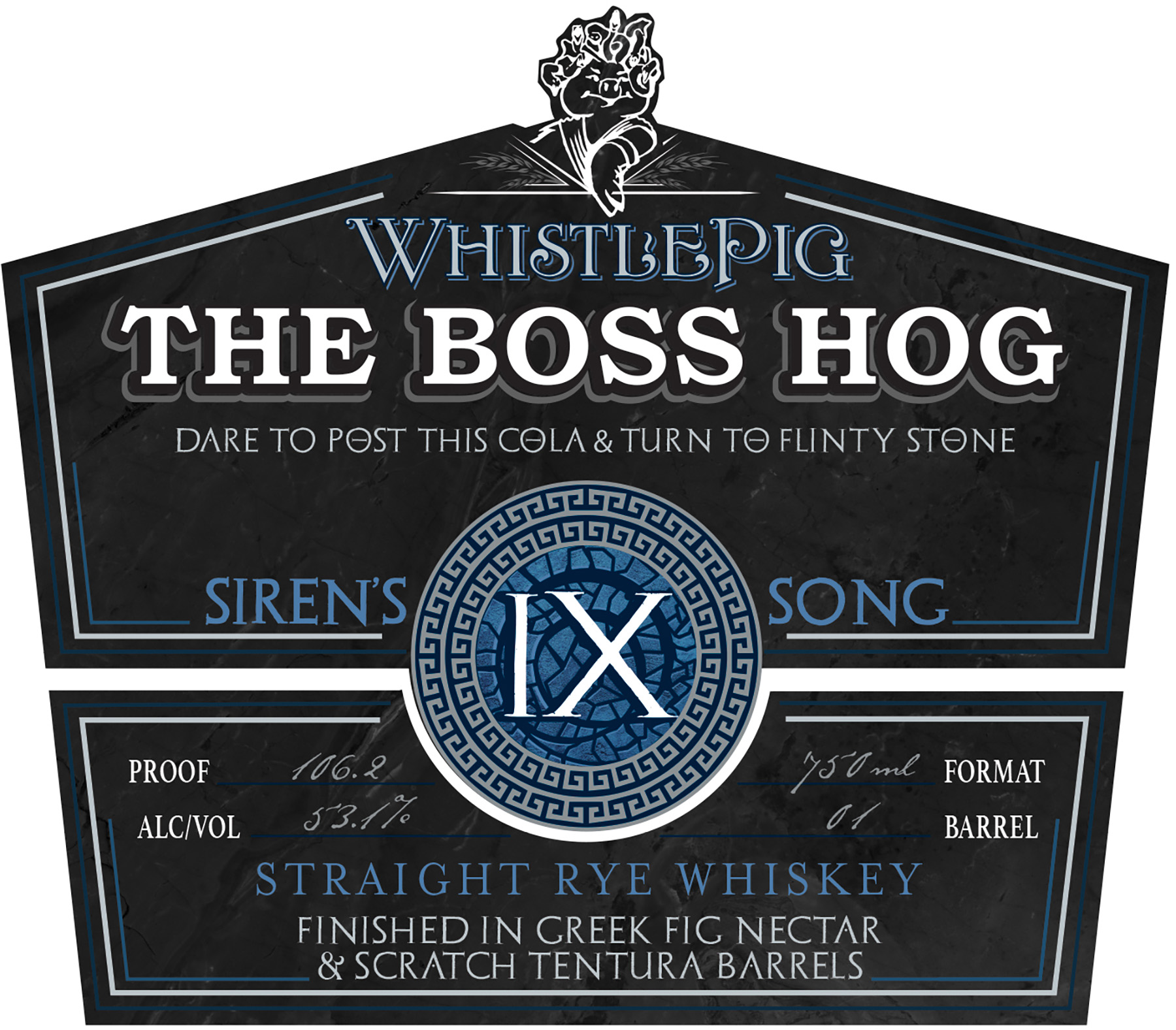 WhistlePig Siren’s Song straight rye whiskey will be the latest in the distillery’s “The Boss Hog” series. (Photo: TTB)

Labels submitted to the Alcohol and Tobacco Tax and Trade Bureau have revealed the name of the ninth edition in WhistlePig’s The Boss Hog series of whiskeys. The whiskey will be named Siren’s Song, and it will be a straight rye whiskey.

Siren’s Song will be an American straight rye whiskey finished in Greek Fig Nectar and Scratch Tentura (Greek liqueur) barrels. It will have no age statement. Siren’s Song’s ABV will vary from bottle to bottle since it’s a single-barrel release, but labels indicate Barrel 1 will be bottled at 53.1% ABV. If past releases of The Boss Hog are any indication, other barrels should fall within a similar ABV range.

The whiskey hasn’t officially been announced yet, and we won’t know additional info — such as pricing, release date and distribution — until it is.