Better known as the “Oscars of Booze,” the 2021 San Francisco World Spirits Competition has awarded Benriach Whisky with a total of seven of the highest Double Gold accolades.

We are honoured to receive seven of the highest Double Gold accolade for our new Benriach range at this year’s San Francisco World Spirits Competition. For those looking for a dram for #WorldWhiskyDay next week, we hope this gives you plenty to pick from! #Benriach pic.twitter.com/cFJINTE72F

According to the distillery’s website, their history is the reason behind their highly awarded scotch. “Thanks to a long-standing tradition of distilling three styles of whisky; classic unpeated, Highland peated, and triple distilled, together with an eclectic selection of casks from around the world, our whisky makers are able to explore the full flavour possibilities of single malt, creating some of the richest, most multi-layered whiskies in Speyside.” 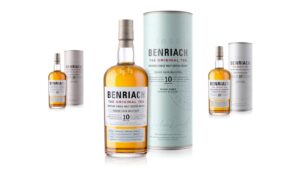 Benriach also states that each stage of their whisky-making process is “uniquely designed to deliver a richly multi-layered and characterful single malt” and that is the key to what sets them apart. They also have a unique four-water mash and a slow and deliberate distilling style that has aided in their superior whisky.

Based on the distillery’s process, it’s no surprise they’ve received as many accolades as they’ve had, and should expect many more.