Most Expensive Whisky Ever? Cask of Rare Scotch Annihilates Records With $19 Million Sale 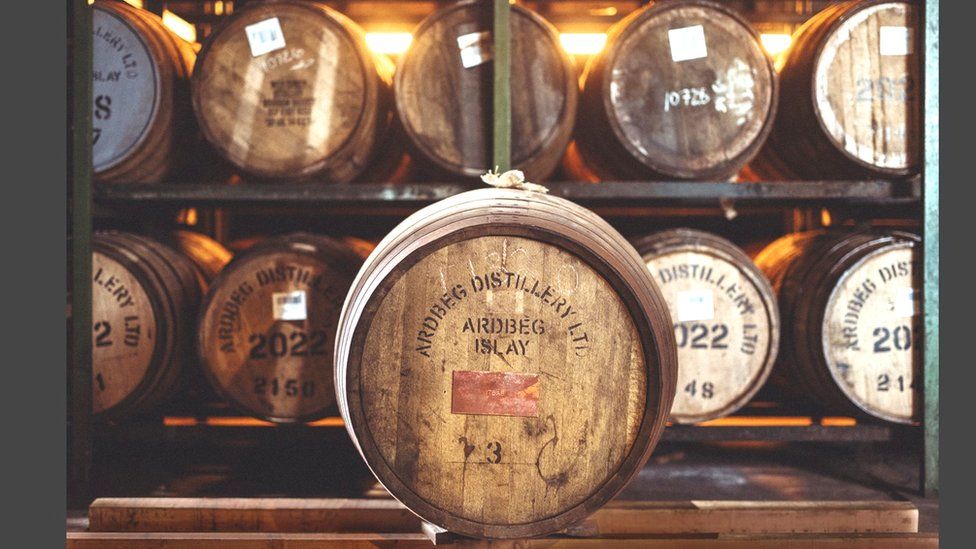 A cask of ultrarare Ardbeg scotch whisky has sold to a private collector in Asia for £16 million ($19.03 million).

By all accounts, this appears to be the most expensive sale of a cask of whisky ever — and it isn’t close, as far as we can tell. Casks of The Macallan have sold for $1.3 and $2.33 million, although the latter sale included an NFT, which boosted the price. Those are the two most expensive whisky cask sales we knew of — until this Ardbeg sale, which blew them both out of the water.

Why Was This Ardbeg Cask So Expensive?

This whisky in “cask number three” was valued so highly due to its rarity. It was distilled in 1975 and is the oldest released by Ardbeg. Ardbeg single malts from the 1970s are incredibly rare because most of what the distillery made during that decade was sold for blending. Ardbeg’s distillery shut down for a majority of the 1980s, making stocks from the ’70s even rarer.

“Cask No 3 is an extraordinary taste of Ardbeg’s past. Its aromas are nutty, herbal and smoky, while its tastes of tar, espresso coffee and spearmint have an astonishing finesse for a whisky of such age,” Bill Lumsden, director of whisky creation at Ardbeg and its sister distillery, Glenmorangie, said. “So little stock survives from this era, that this cask really is one of a kind. And its complex flavours are testament to the extraordinary skill of the Ardbeg team who have cared for it over the decades. I look forward to exploring how it continues to evolve over the next five years.”

Ardbeg has pledged to donate £1 million ($1.19 million) from the proceeds of the sale to local community causes over the next five years.

Per Ardbeg, the whisky’s aroma features Brazil nuts in toffee, which is followed on the palate “by linseed oil, a suggestion of flowering blackcurrants, sweet, aromatic peat smoke and a hint of tobacco.”

“This sale is a source of pride for everyone in the Ardbeg community who has made our journey possible,” said Thomas Moradpour, chief executive at Ardbeg and Glenmorangie. “Just 25 years ago, Ardbeg was on the brink of extinction, but today it is one of the most sought-after whiskies in the world.

“That is a reflection of generations of hard work: from those in the stillhouse who craft our smoky spirit, to the warehouse staff who care for our casks over decades, to teams around the world who build the reputation of our whiskies with fans, bartenders and collectors.”