‘A Cathedral to Whisky’: Futuristic Designs Unveiled For New Distillery in Scotland 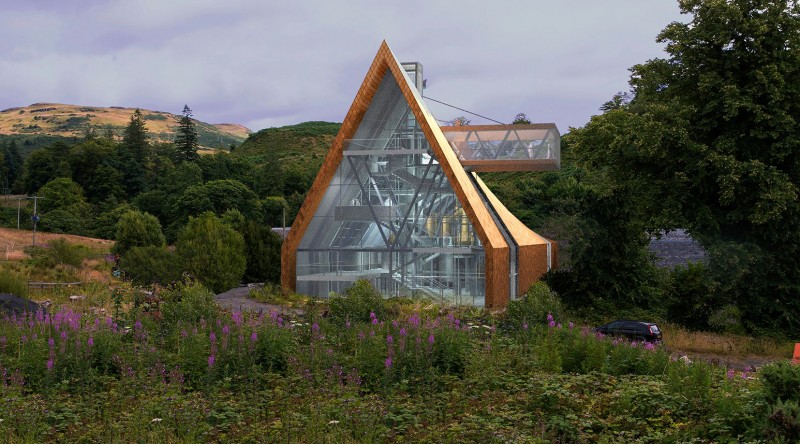 The plans include a Nordic long hall design including a “sky platform” with views of the River Clyde, low environmental impact construction using composites, timber and steel and a pledge to be carbon-negative in operation, according to a news release.

“I hope it will stand out as a ‘cathedral to whisky’ and put this corner of Inverclyde firmly on the tourist map,” principal investor Roland Grain said.

In the name of the carbon-negative pledge, the distillery is working with engineers Briggs of Burton to ensure the building has the latest innovations in energy reduction, heat recovery and carbon capture.

Ardgowan CEO Martin McAdam projected the distillery and visitor center will create 47 new jobs within five years and said the company has a strong commitment to employing locally.

“Our goal is to build a world-class whisky distillery and visitor centre which will attract tourists and bring economic and social benefits to Inverclyde,” McAdam said.