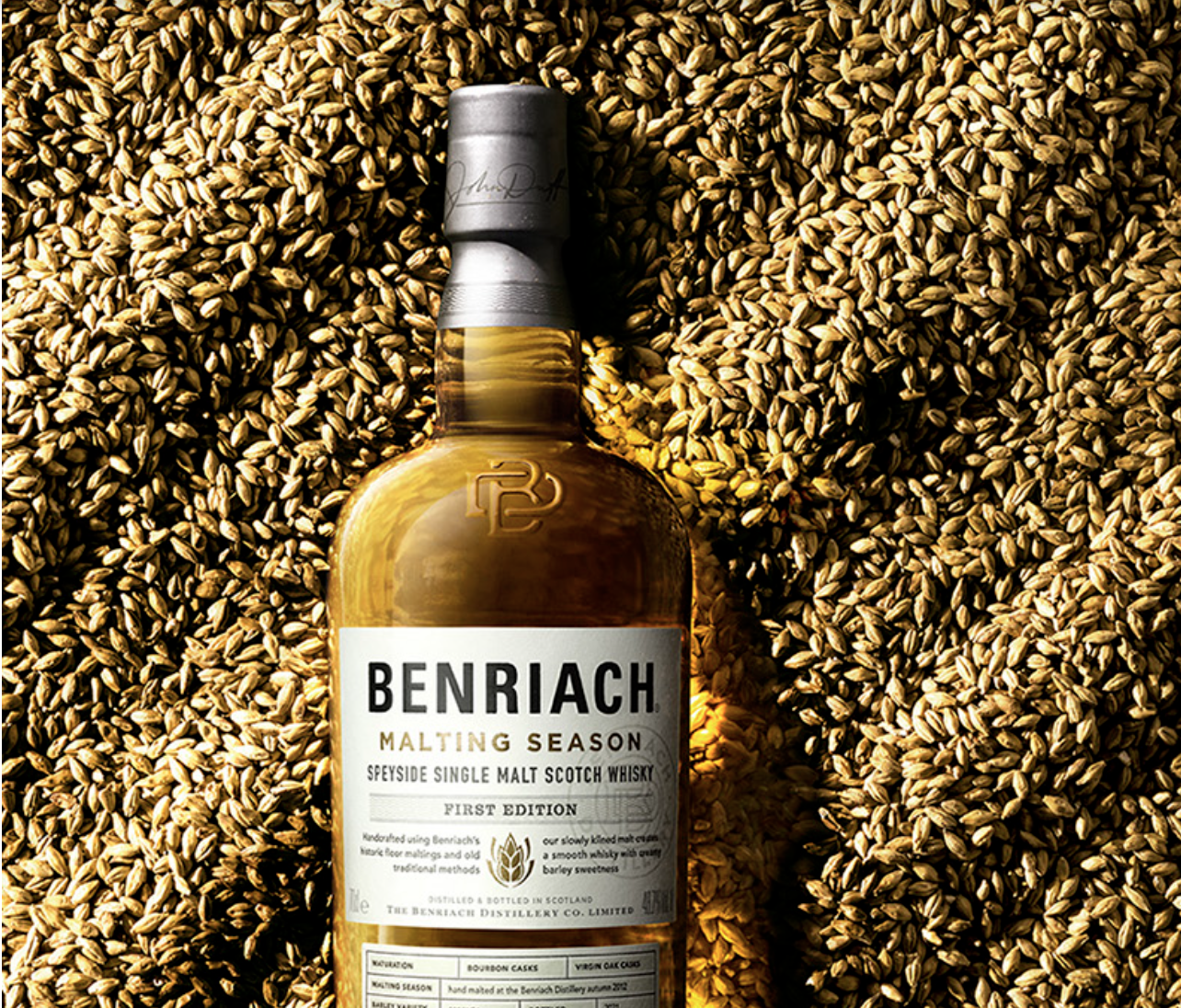 Scotland’s Benriach Distillery announced last week the release of two whiskies — both matured in bourbon and virgin oak casks —  to the U.S. the first, Benriach Malting Season, is the first expression in a century produced entirely using barley malted from the distillery’s floor maltings, Benriach said, via The Whiskey Reviewer. The second, Smoke Season, is a small-batch release intended to capture “one of Benriach’s time-honored seasonal production techniques” — running peated spirit through its stills.

Malting Season is selected by Master Blender Rachel Barrie, who chooses the type of barley and bottling strength. It is made using Benriach’s “floor malting” method, during which barley is steeped in water and then spread across the malting room floor and turned by hand over several days. Benriach’s malting team monitors the barley and decides when it is ready to move to the kiln.

Both whiskies will be available in limited quantities in select markets.

Malting season is bottled at 48.7% ABV and comes with a suggested retail price of 750 milliliters. Tasting notes: