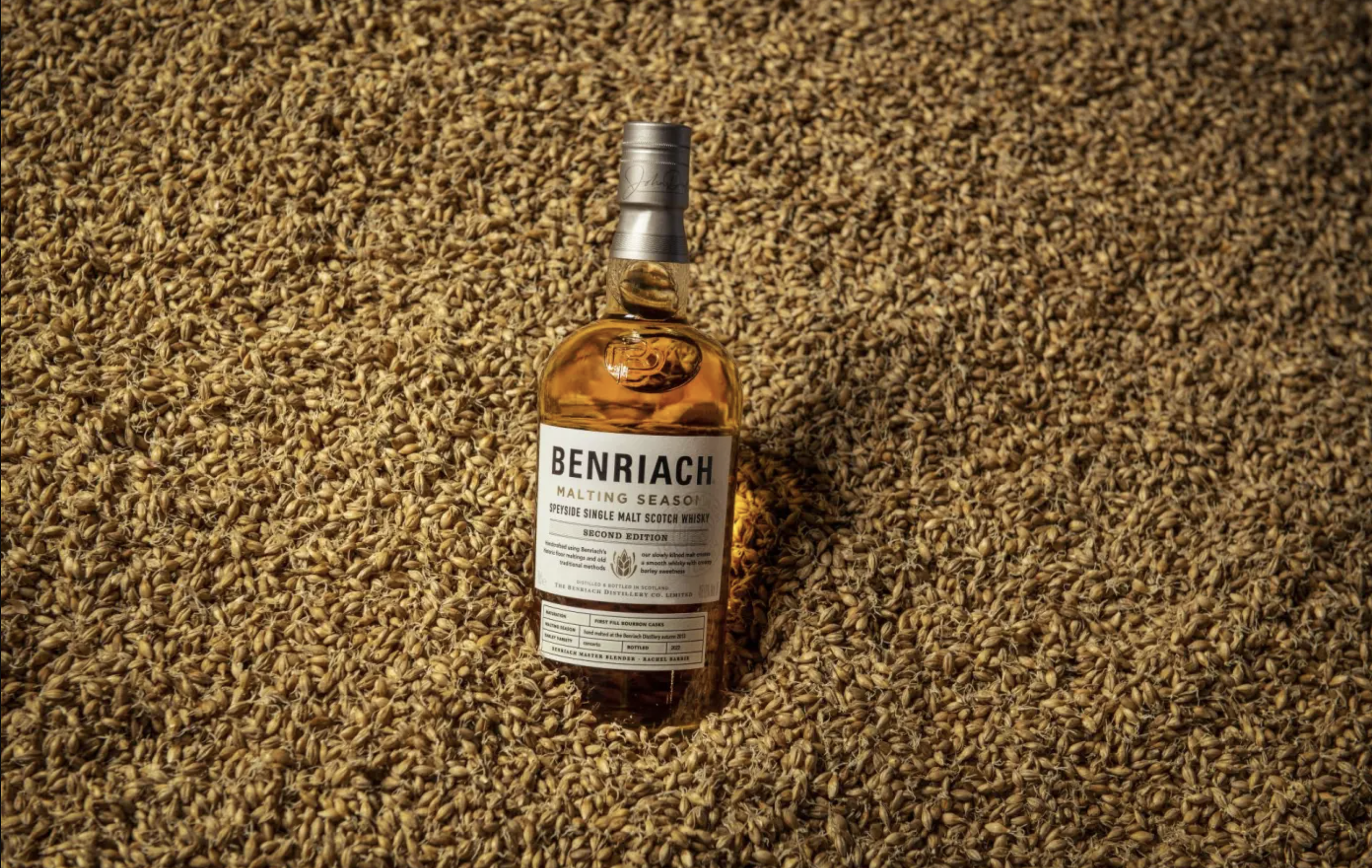 “Passed from maltster to maltster throughout the generations, the highly skilled process of floor malting keeps a traditional part of the whisky-making process alive, paying homage to Benriach’s creative whisky-making heritage,” Stewart Buchanan, Global Brand Ambassador at Benriach, said, according to Whisky Experts. “Each new edition of Malting Season will use carefully selected types of barley and bottling strength, making each annual edition one of a kind in their own right.”

The release comprises 30 first-fill bourbon barrels, all distilled on Nov. 20, 2013.

The suggested retail price for the Benriach Malting Season Second Edition will be £99 ($121).

Benriach announced the first edition of Malting Season in October.