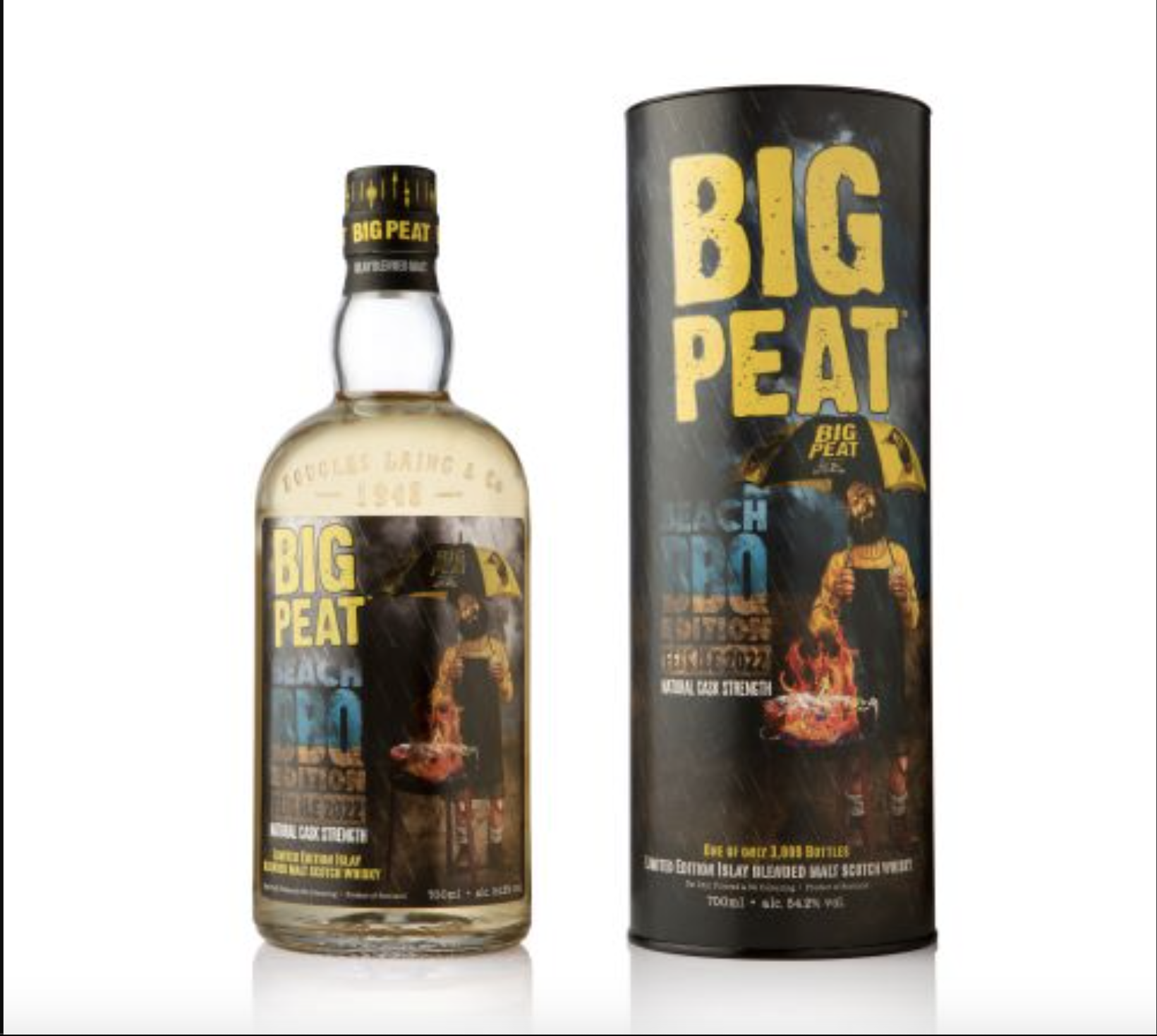 Big Peat Beach BBQ Edition is offered at a natural cask strength of 54.2% ABV, the release is limited to 3,000 bottles globally.

In support of the launch, Big Peat partnered with Peatzeria, an artisan pizza restaurant in Islay’s capital of Bowmore. Together, they’ll host two exclusive, sold-out tasting sessions during the Islay Festival, where ticket holders will get the chance to sample different Big Peat expressions and an old and rare Port Ellen Malt, paired with local delicacies.

“An authentic Scottish summer doesn’t always bring blue skies and golden rays, but come rain or shine, our feisty Ileach fisherman is ready to embrace a smoke-filled beach barbecue in celebration of Fèis Ìle,” marketing director Cara Laing said in a news release. “Hand-selected for their charred meat, salty sea-air flavour profile, this remarkable limited edition is a marriage of Single Cask Single Malts, only from Islay. Big Peat looks forward to headlining the Islay Festival with a series of tasting events, both in person and online, bringing the true taste of Islay to whisky enthusiasts the world over. After all, he is Seriously Committed to SMOKE!”

Big Peat Beach BBQ Edition is available online via DouglasLaing.com. It also is available from specialist whisky retailers in the UK, Europe and Asia, plus online retailers. It sells for a suggested retail price of £55 ($69).

This year’s Fèis Ìle, which runs May 27 through June 4, will be held in person for the first time since 2020. Lagavulin and Caol Ila also have announced special bottlings for the festival.

“Anticipate salty sea spray, beach bonfire smoke and a punch of sweet peat. Big Peat’s Whisky is offered at a Natural Cask Strength of 54.2% ABV and proudly without colouring or chill-filtration, just as he believes it should be. With serious commitment to smoke, you’ll find Big Peat searing well-charred meat on the grill at this year’s festival.

The juicy flavours of the sizzling meat enhance the spirit’s sweeter side, before packing a satisfyingly long and peaty finish.”