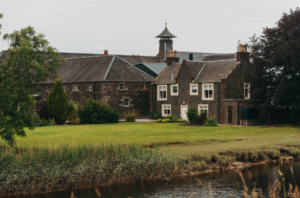 The Bladnoch Distillery received the Queen’s Award for Enterprise for excellence in international trade.

This prestigious award is given to businesses that demonstrate innovation, high levels of customer satisfaction, and a commitment to sustainable business practices. The 204-year-old distillery was one of 226 organizations nationally to be recognized with the Queen’s Award this year.

the Queen’s Awards for Enterprise is regarded as the most prestigious business award in the UK. Businesses that win, are able to use the esteemed Queen’s Awards emblem for the next five years.

As well as being able to sport the Queen’s emblem, brands that have won the award in the past have “reported benefitting from worldwide recognition, increased commercial value, greater press coverage and a boost to staff morale,” according to The Spirits Business.

Bladnoch also said it was one of the top three best-selling Lowland whisky in almost all of its export markets, with Germany, China and the United States, all of which saw a volume and value increases of more than 100% in the last year.