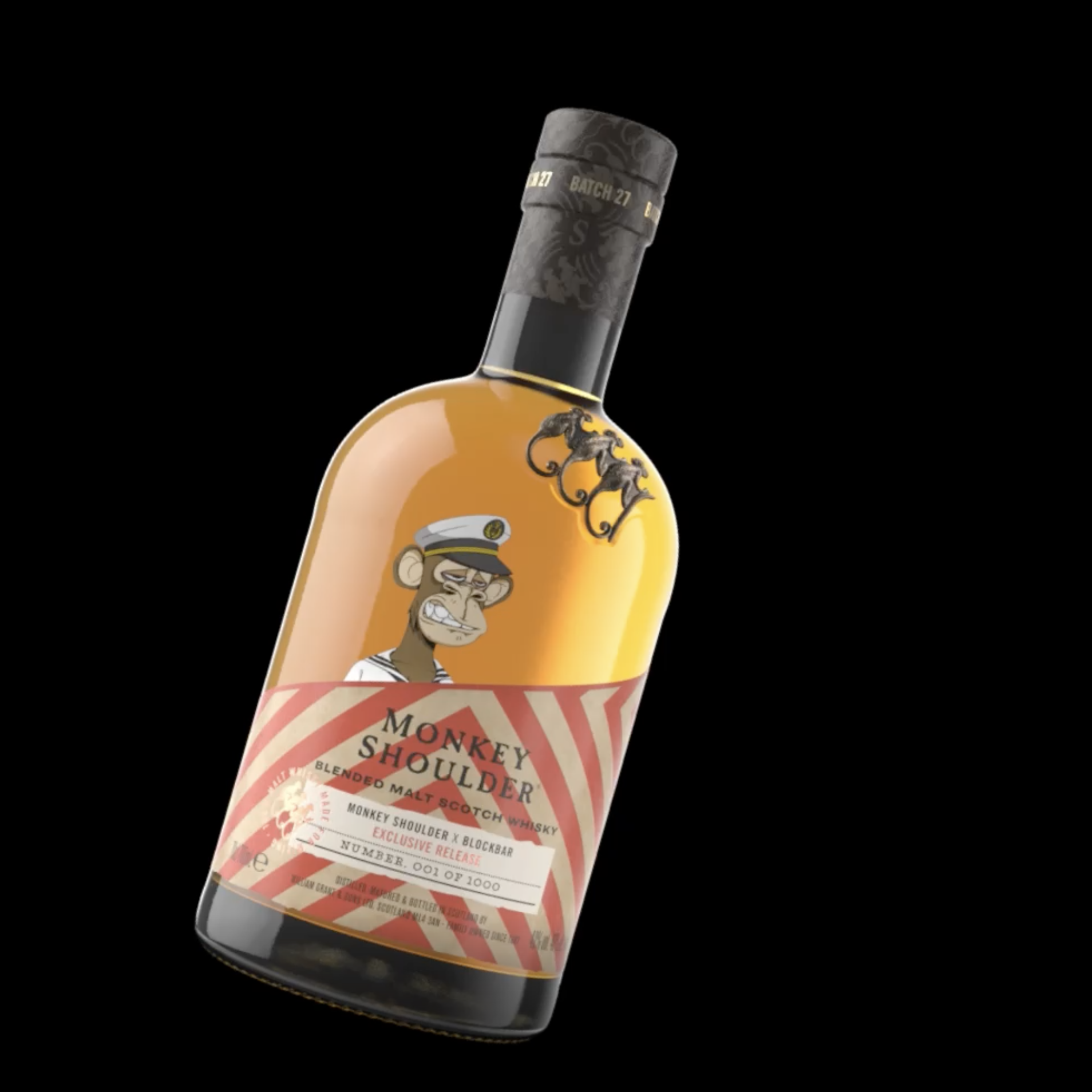 Bored Ape Yacht Club NFTs have found their way onto scotch bottles, thanks to a partnership between William Grant & Sons, BlockBar and Bored Ape. (Photo: BlockBar)

The partnership began with a ballot for Bored Ape holders. Ten winners were selected to each put the ape they own onto a limited run of 100 Monkey Shoulder bottles, with the opportunity to earn royalties from bottle sales.

All existing BlockBar NFT holders will receive 50% off of Monkey Shoulder NFT bottles, which can be bought and sold on the platform. Any remaining bottles from the NFT drop will become open to the public.

Many distilleries have taken to selling their spirits in NFT form or accompanied by NFTs (Hennessy, Dalmore, Glenfiddich, Macallan, Kinsale, Patrón and Ardbeg). Maker’s Mark even became the official bourbon partner of an NFT collection and created a custom bottle label for it.