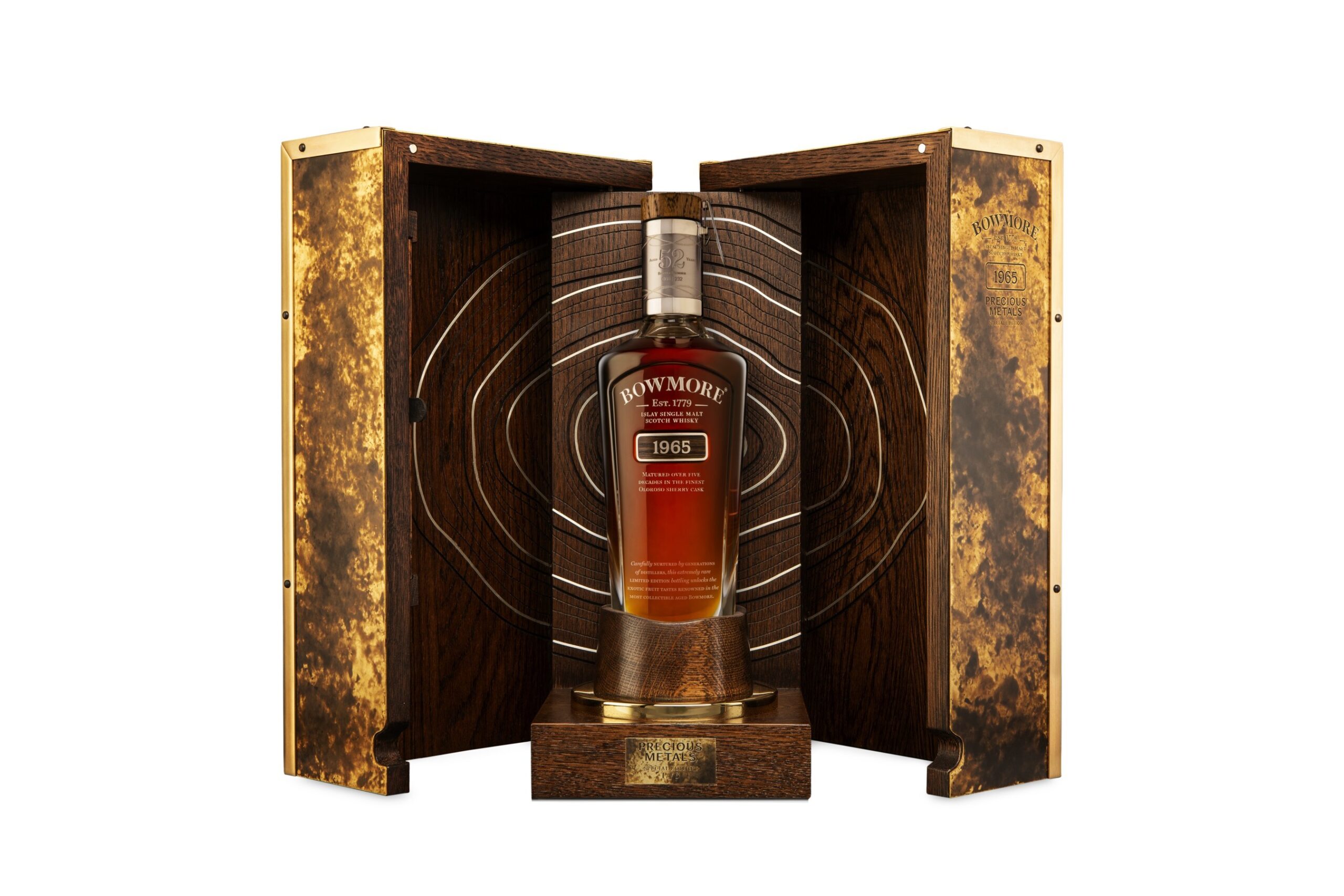 Beverage giant Beam Suntory announced Thursday the release of four bottles of limited-edition Bowmore 1965 Precious Metals single malt whisky. Each is housed in a handcrafted oak box, featuring a brass plaque made from a former Bowmore spirits safe from 1924.

According to a news release from the distillery, Bowmore 1965 Precious Metals celebrates the evolution of the distillery. The 1960s represent the golden age of Bowmore, when some of the brand’s most prolific and admired whiskies were crafted. Today, those whiskies are scarce.

Each of the four bottles of Bowmore 1965 Precious Metals are available at a recommended retail price of $50,000. Each bottle will be accompanied by a certificate of authenticity and is numbered to preserve its rarity. Each box is a bespoke collectible capturing over 240 years of heritage. They will be available at airports in Dubai, Taiwan, Hong Kong and Amsterdam.

“We’re delighted to present the exquisite limited-edition Bowmore 1965 Precious Metals exclusively to Global Travel Retail,” said Manuel González, Marketing Director of Global Travel Retail for Beam Suntory. “Master craftsman John Galvin captured the essence of the Bowmore distillery and has a proven track record of designing incredibly desirable pieces for collectors. With only four bottles available worldwide, our customers are invited to get their hands on unique art that immortalizes the Bowmore craftsmanship and celebrates the brand’s rich heritage.”

Founded in 1779, Bowmore is the oldest licensed distillery on Islay and the second-oldest in Scotland.