Have $75,000 Lying Around? This 52-Year Whisky Sold in a ‘Futuristic Vessel’ From Bowmore and Aston Martin is For You 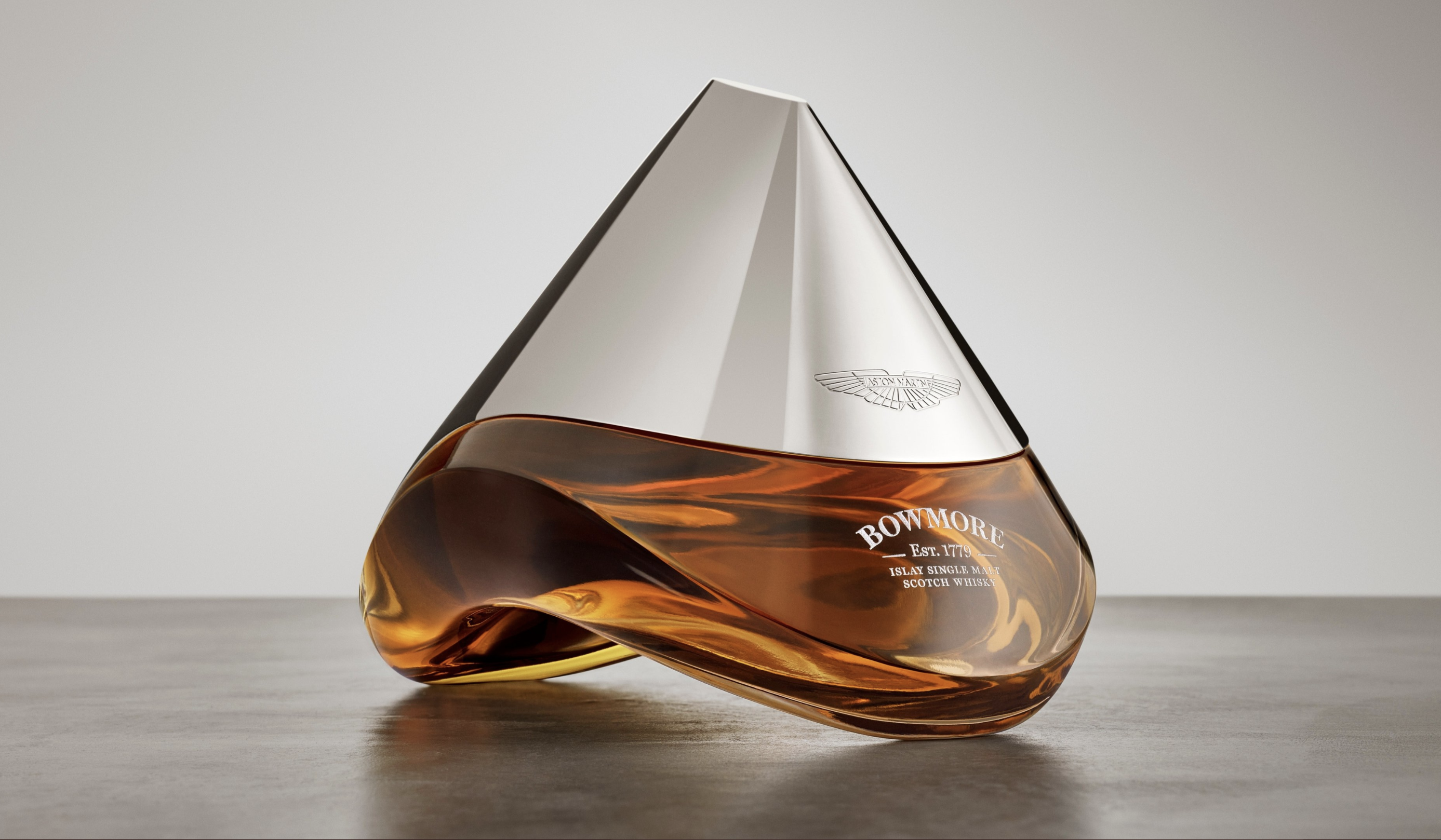 Bowmore and Aston Martin have collaborated on ARC-52. (Photo: Bowmore)

Scotch whisky brand Bowmore announced Monday that it is once again partnering with luxury car brand Aston Martin, this time on ARC-52, a 52-year single malt served in a unique decanter that Bowmore described in a news release as a “futuristic vessel.”

“Bowmore ARC-52 is the story of ground-breaking Aston Martin design bringing to life a striking decanter, unlike anything ever seen before, containing one of our oldest ever Bowmore whiskies,” Bowmore said. “Never before have we showcased our inspiring partnership through such absolute innovation and collaborative creativity to bring our worlds together so boldly and definitively.”

ARC-52 spent half of its life in an American Oak Hogshead and the other half in a European Oak Butt. This single malt promises unquestionable complexity but is perfectly balanced by bringing together these individual styles in equal parts. It is bottled at 42.3% ABV.

ARC-52 is the first in a new “inspiring Series,” according to Bowmore. Only 100 decanters of ARC-52 will be available in key global markets including U.K., Germany, Netherlands, U.S., Canada, China, Singapore and global travel retail at a suggested retail price of $75,000 starting in late summer.

Bowmore said the decanter is “half Bowmore, half Aston Martin” and that the concept of balance is very important in its design. The brand also said that the decanter was crafted thanks to the engineering of Aston Martin and the attention to detail and craftsmanship of Bowmore.

The decanter’s aluminum top is lifted by a magnetic key.

“ARC–52 sits at the apex of our partnership, truly showing the depth of what we can create collaboratively,” said Marek Reichman, chief creative officer, Aston Martin. “We set out to produce something which hasn’t been seen before, capturing our uncompromised design principles and also the magnificence of the whisky. I believe that what we have created is truly a piece of sculpture. Taking balance as the most important factor, as we do in designing Aston Martin cars, we’ve harnessed heritage and innovation in perfect balance. For me there is just so much to discover with this whisky as it embodies so much hidden knowledge and even the color looks like it’s been created by time.”

Nose: Creamy and fruity aromas of vanilla and custard cream are carefully balanced with peach, pear, kumquat, mandarin, a hint of guava with herbal notes of fresh mint and eucalyptus

Taste: On the palate this continues to evolve as flavours of green grapes and peach melba, clementine, lime zest merge seamlessly alongside nutty notes of almond and hazelnuts, whilst tobacco leaves give way to a subtle peat ash and buttery character.

Bowmore and Aston Martin have teamed up in the past, launching extravagant collaborations such as a whiskey priced at $66,000 and another that sold at auction for $118,750.