After $66,000 Collaboration, Bowmore and Aston Martin Return to Create a Whisky People can Actually Afford 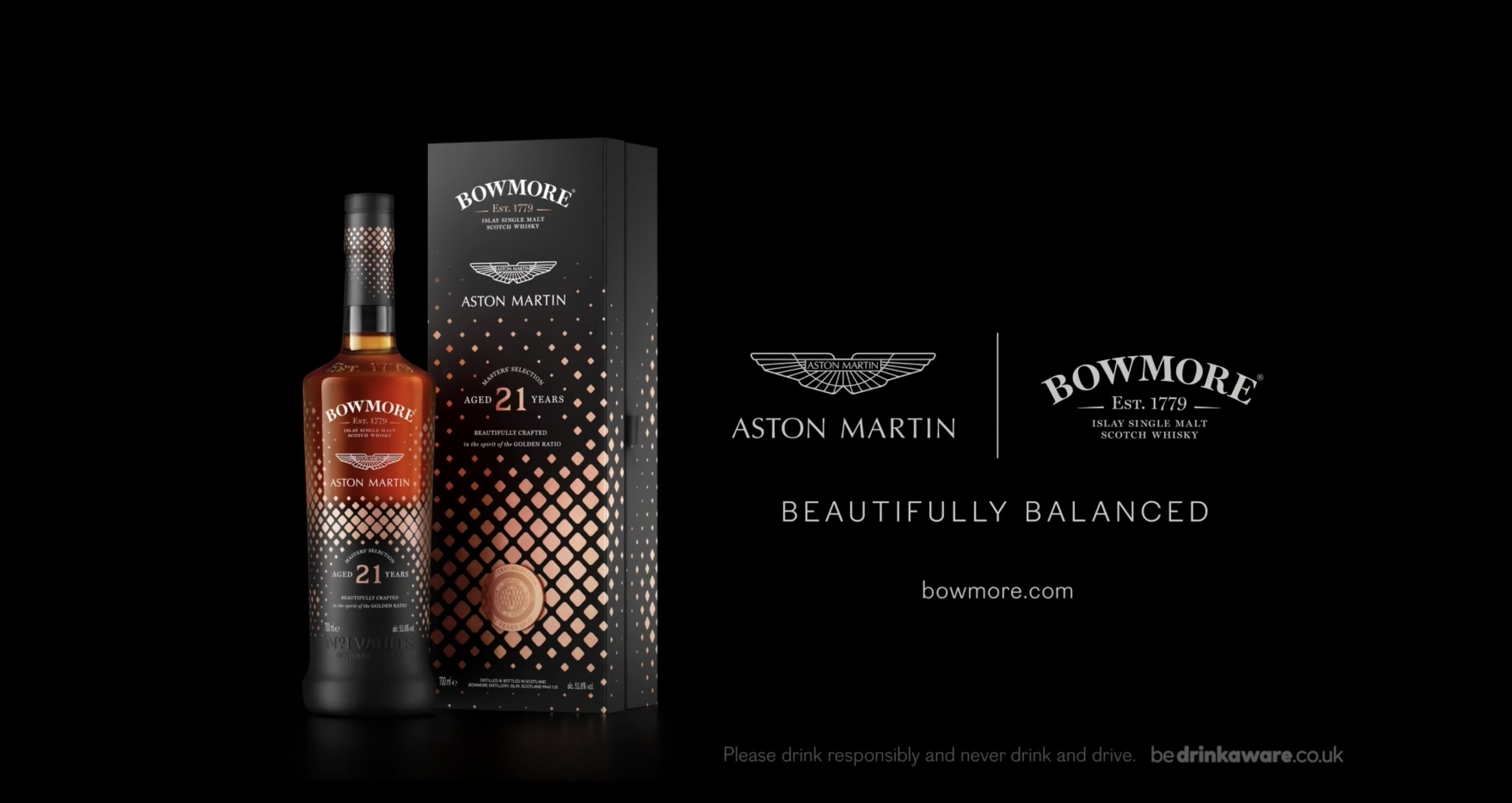 Bowmore and Aston Martin are collaborating on a whisky once again. (Photo: Bowmore)

Last year, scotch whisky distiller Bowmore and luxury car company Aston Martin teamed up to release Black Bowmore DB5 1964 scotch, which sold for about $66,000 and even went for $118,750 at Sotheby’s auction.

The two entities are collaborating again, but this time around, the result is significantly more affordable. Bowmore Masters’ Selection 21 Year Old comes with a suggested retail price of $300. Now, $300 is far from cheap, but if you compare it to $66,000, it feels quite affordable — especially for a 21-year scotch from a premium brand.

Bowmore Masters’ Selection is bottled at 103.6 proof. 61.8% of the final liquid is 21-year-old Bowmore whisky aged in first-fill Pedro Ximénez and oloroso Sherry casks. The remaining 38.2% is Bowmore whisky that was aged for more than 35 years.

The makers describe the whisky as “powerful yet elegant; from sweet to spice; sherry to coffee; honey to pepper – the perfect proportions to achieve absolute depth and balance.”

Bowmore and Aston Martin also released a line of whiskies in July that were even less pricy than this one – they priced out at $63, $87 and $130. That line, however, was sold exclusively at travel retail outlets, and didn’t reach the U.S.

Aston Martin is known for using the “golden ratio” — a mathematical ratio that creates aesthetically pleasing compositions – in its car designs. According to the news release, Bowmore adopted the golden ratio for this whisky.

“For the first time with this whisky, we have adopted the Golden Ratio to inspire each of the elements bringing their own unique flavours and selecting the optimal casks to forge the desired character, taking inspiration from Marek and his team,” said Ron Welsh, Bowmore’s master blender. “What seems totally contrasting is, in fact, perfectly balanced and proportionate. Working with Marek has given me a new lens from which to explore whisky making. This whisky serves as a celebration of our unified knowledge and experience; our shared passions, values and ideas.”

Nose: Sweet and nutty with notes of Manuka honey and maple syrup, with praline and grilled hazelnuts; combine with rich aromas of freshly tanned leather.

Taste: Richly elegant sherry merges with raw Islay peat, whilst bitter dark chocolate unites with vanilla and coffee beans. A fruity flair is defined by Morello cherries and a touch of papaya.

It’s always a little strange seeing an alcohol company partner with a driving company, given the mixed signals that sends regarding driving under the influence, but you do see it every now and then. Jack Daniels and Indian Motorcycles are among the most prominent examples. At least Bowmore’s advertising comes with a “Please drink responsibly and never drink and drive” footnote — although that addition feels like the bare minimum.