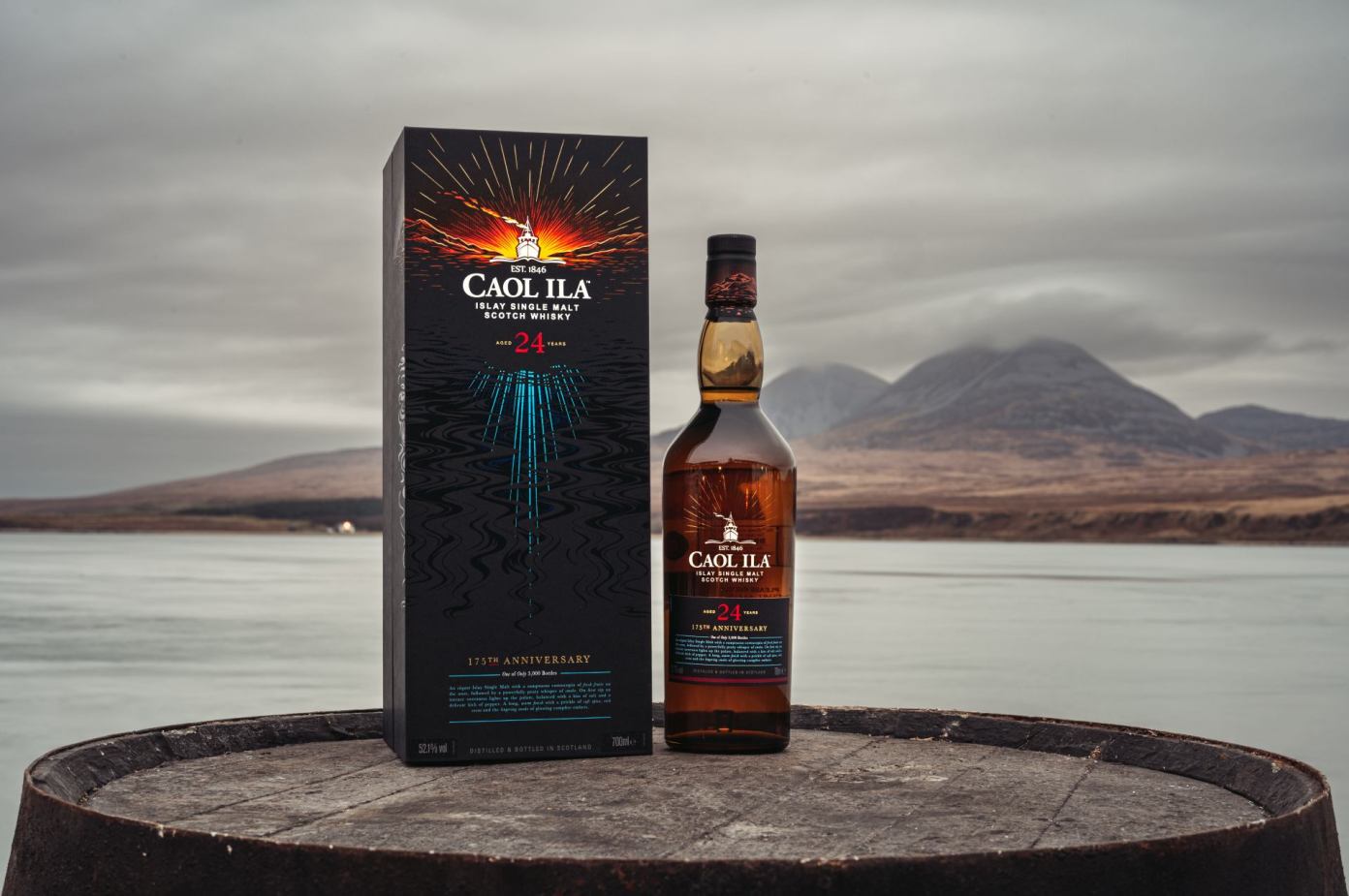 “It’s fantastic to celebrate over 175 years of Caol Ila with a brilliant bottle that showcases the distillery’s characteristic smoky smoothness and sweet sea air aromas,” said Sam Hale, distillery manager at Caol Ila, according to Whisky Experts. “It honours the long-standing legacy of Caol Ila as Islay’s hidden treasure and I’m sure it will be a hit with our fans, who we look forward to welcoming when we open the doors to our re-imagined visitor experience.”

Caol Ila Islay 24 Year Old 175th Anniversary Single Malt scotch whisky is bottled at 104.2 proof and has a suggested retail price of £295 ($400). It is available for purchase at selected specialist retailers, malts.com and Lagavulin distillery, which will sell the bottles that were allocated to be sold at Caol Ila, which is under construction.

In an Instagram post announcing this release, Caol Ila teased future news around the time of its reopening, writing: “Keep your eyes peeled for more exciting news coming this summer 👀 🥃.”

Nose: Clean and fresh with a whisper of camp-fire smoke and a subtle hint of rich, buttery pastry.

Taste: A soft honeyed sweetness balanced with a prickle of sea salt and light smoke.

Finish: A long and warming finish with a light charred smokiness and a delicate kick of spice.