Compass Box Releases New Scotch: ‘It’s More ‘Our Whisky’ Than Anything We’ve Made Before” 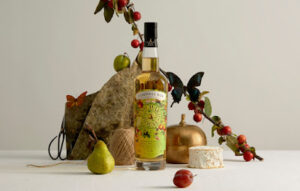 Orchard House will be an exceptionally distinct release. Created using malt spirit from the company nearly a decade ago, the scotch is a blend from distilleries renowned for their fruit-forward flavor. Orchard House is bottled at 46% ABV.

Commenting on the launch, John Glaser, the founder of Compass Box, said, “Orchard House is our first core range whisky produced almost entirely from whiskies we have aged since the day they were distilled. In a sense, it’s more ‘our whisky’ than anything we’ve made before. We are so proud of this. Something new, something different for us. Something joyful. And delicious.”

Compass Box Orchard House will be available later this month from specialist retailers for a recommended retail price of £42.00.