‘A Huge Risk to Health’: Authorities Warn of Deadly Repercussions With Counterfeit Booze Sales on the Rise 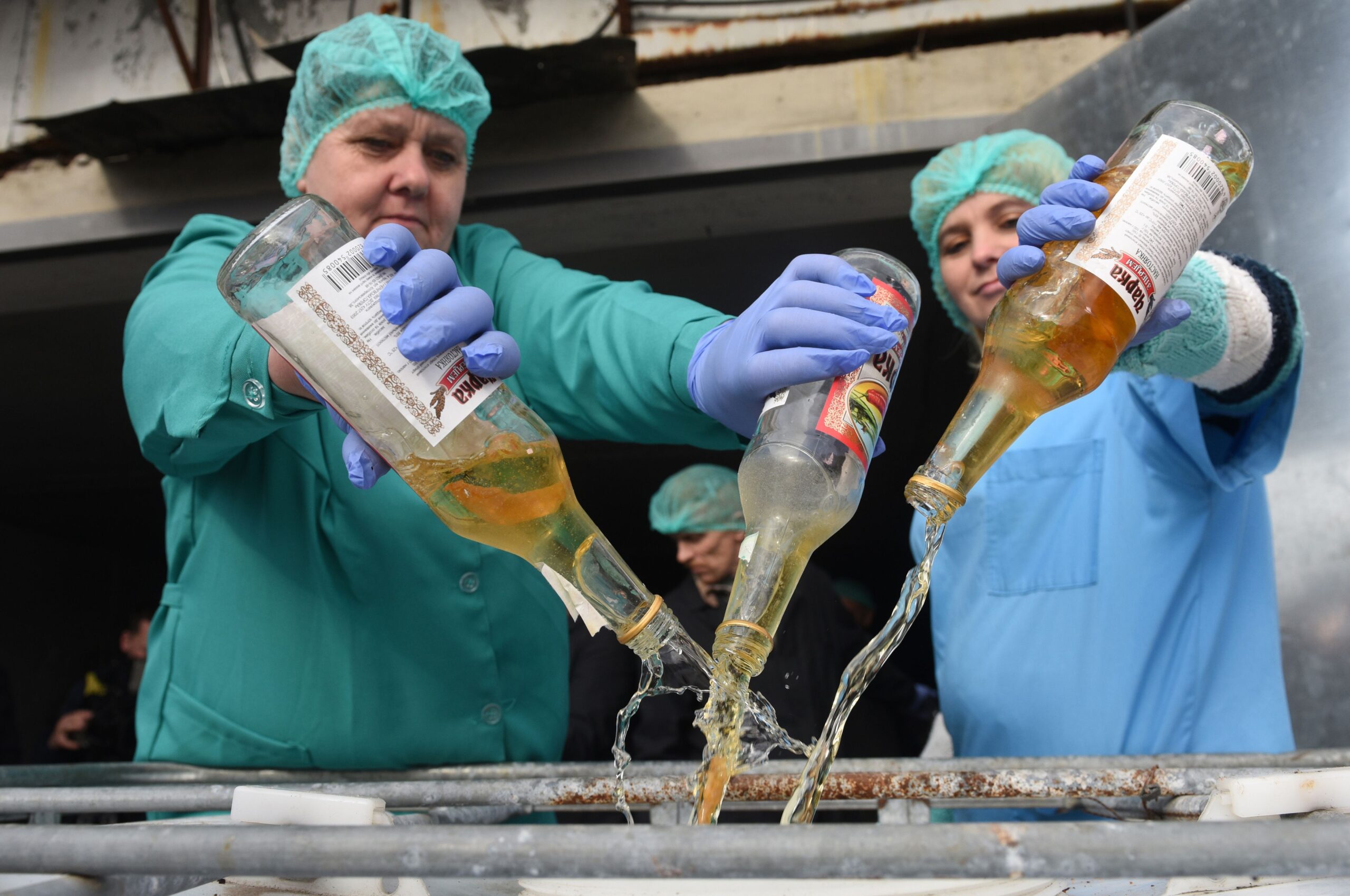 Workers empty bottles of adulterated vodka to be destroyed Feb. 26, 2020, in the town of Vynnyky, western Ukrainian Lviv region. Scottish authorities say shoppers should be wary of counterfeit booze sales this holiday season. (Photo by Yuriy Dyachyshyn/AFP via Getty Images)

Scottish food safety authorities are warning shoppers to beware counterfeit alcohol sales, which will be on the rise as the holiday season sparks a “sharp rise” in food and beverage sales.

According to Ron McNaughton, head of Food Standards Scotland’s Food Crims & Incidents Unit, low-to-medium priced, market-leading brands of vodka and wine are most commonly being counterfeited by producers outside of Scotland.

Even if products taste right, the contents, strength and quality can be damaging.

“Drinking these types of cheap products presents a huge risk to health, and in the worst case scenario, counterfeit alcohol can cause death,” McNaughton said in a news release.

According to McNaughton, the most obvious hint that a bottle is counterfeit is a low price tag. “That should set off an alarm bell immediately for buyers, and they should simply ask themselves ‘why,'” McNaughton said.

Furthermore, consumers should keep an eye out for red flags apparent on the look of the packaging and labeling, as well as how and where the product is being sold. McNaughton said most counterfeiters are linked with organized criminals who are selling “these dangerous products solely for an easy profit.

“When you buy counterfeit alcohol you have no way of knowing what ingredients it contains and how strong it is, which could lead to serious illness and intoxication following one or two drinks,” said councillor Kelly Parry, chair of trading standards for Scotland’s Governance Board, said.

Other sources have provided their own tips, such as Buffalo Trace, the president of Michter’s Distillery and a co-host of the “Bourbon Pursuit” podcast. But the news release from Food Standards Scotland and Trading Standards Scotland provided its own tips: