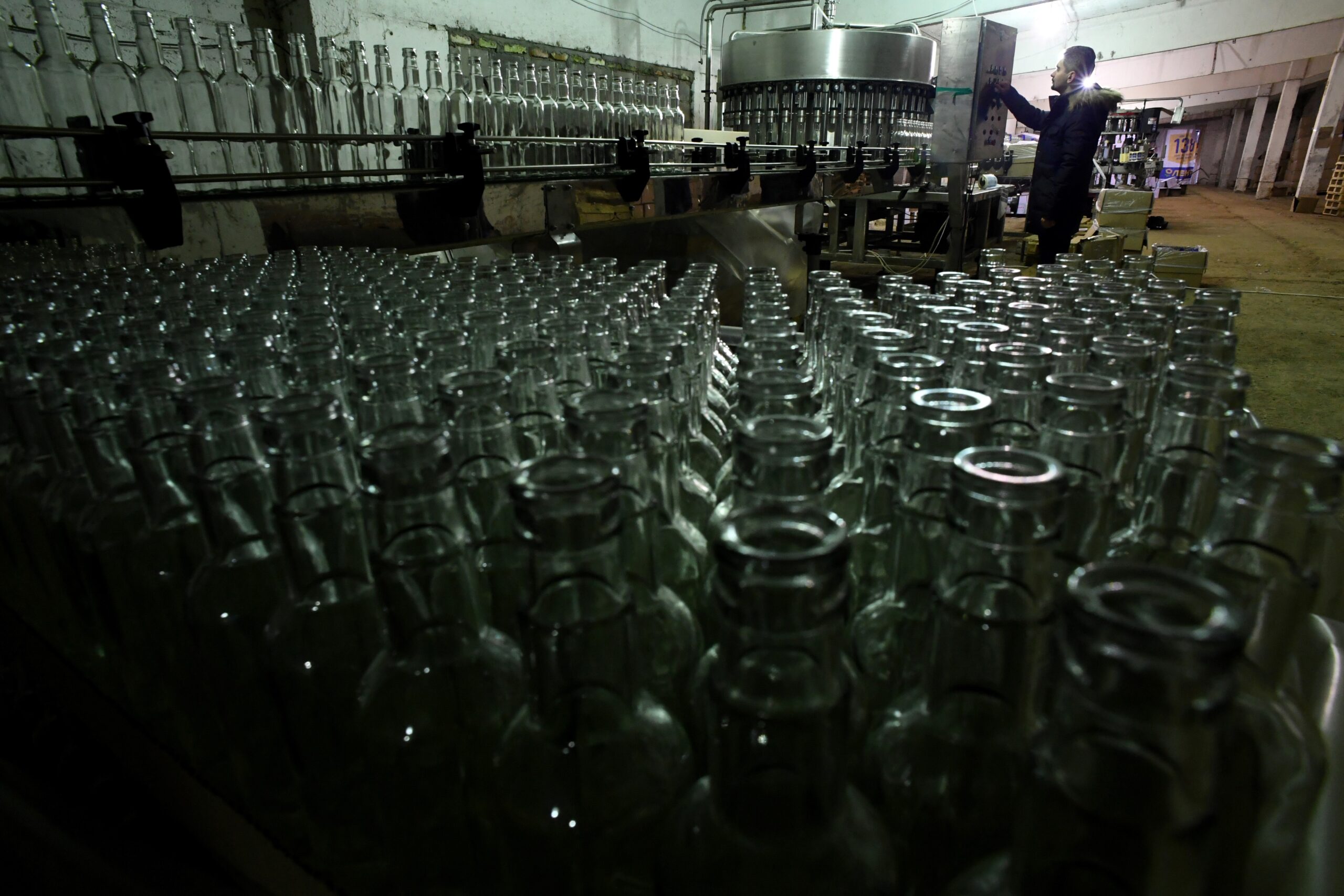 A picture taken on November 25, 2016, shows a man as he touches an machine inside of an illicit vodka distillery in the village of Kuchki outside Moscow. Scottish authorities conducted a raid and seized 425 litres of counterfeit alcohol. (Photo credit should read KIRILL KUDRYAVTSEV/AFP via Getty Images)

Police Scotland and Her Majesty’s Revenue and Customs conducted a raid on a unit on an industrial estate in Greenock, Inverclyde, Scotland, in late December. In the raid, they discovered distilling equipment, including pallets of empty bottles and two stills – plus several bulk containers containing around 12,000 liters of a “suspected industrial spirit,” according to The Drinks Business.

In total, 425 liters of the alleged counterfeit vodka were seized. So far, no arrests have been made, and investigations are ongoing.

“HMRC and our partners will not tolerate the sale of illegal alcohol,” said Joe Hendry, assistant director of fraud investigation at Her Majesty’s Revenue and Customs, per The Drinks Business. “Drinking counterfeit alcohol can be a huge risk to health and even cause death.

“Disrupting criminal trade is at the heart of our strategy to clamp down on the illicit alcohol market which costs the UK around £1 billion per year. This is theft from the taxpayer and undermines legitimate traders.”

This incident is the latest in a rash of counterfeit booze busts; Europol reported that about 1.7 million liters of fake alcohol were nabbed by authorities between December 2020 and June 2021.

Whiskey scams, in particular, have become so frequent that social media accounts dedicated to tracking them exist.

In September, Buffalo Trace, Michter’s and a co-host of the “Bourbon Pursuit” podcast all warned consumers to beware counterfeit alcohol sales.

A rare bottle of wine that sold for just shy of $400,000 in September is suspected of being fake.