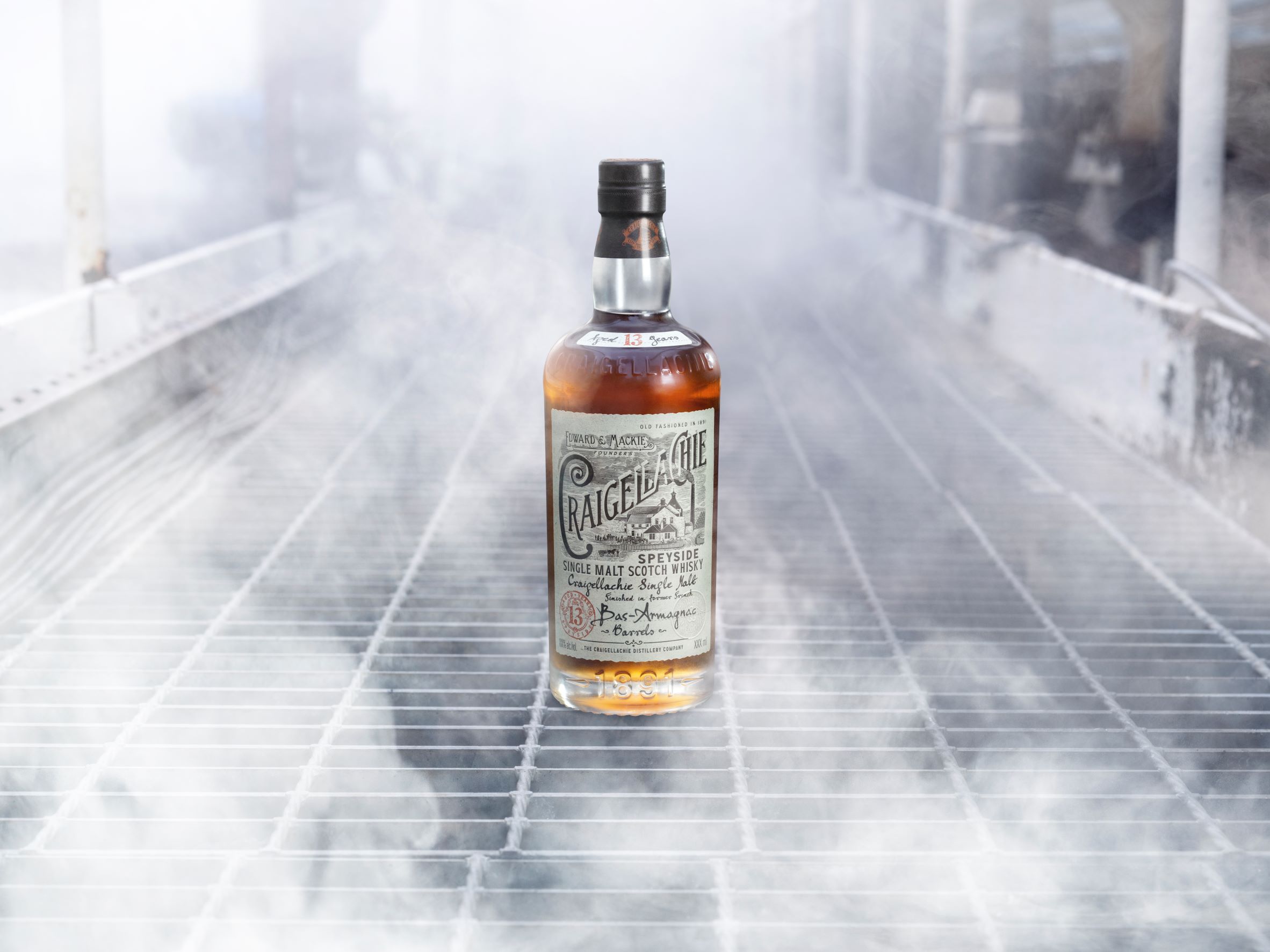 For the new series, Craigellachie sourced finishing casks from producers of oak-aged spirits, like Speysider, which uses a “worm tub” to create its liquid wares.

Worm tubs are a type of condenser, also known as coil condensers. A “worm” is the old English term for “serpent,” the original name for the coiled tube, a traditional way of turning spirit vapor back into liquid. The lyne arm at the top of the still is connected to a coiled copper pipe (worm) that sits in a huge vat of cold water. These worms snake back and forth, gradually getting narrower. As the vapor travels down the worm, it condenses back into liquid form.

By using casks from distilleries that make a “heavier” style of spirit, Stephanie Macleod, Craigellachie’s malt master, is able to” demonstrate her expertise and skill in the art of maturation and wood management,” according to a news release. Macleod hand-picks casks based on her experience working with certain types and styles.

“Craigellachie is a distinctly bold and brooding malt; full-bodied and meaty so we are using these cask types to complement and elevate the signature character of the distillery, not mask it, to add an extra dimension of flavour and intrigue,” Macleod said.

For the inaugural edition in the Cask Collection, Craigellachie laid down its 13-year-old single malt, initially matured in American Oak, in Bas-Armagnac casks sourced from northern Gascony, France, for just over a year, to undergo a second period of maturation.

Armagnac is a lesser-known brandy than Cognac but is an older and “far more distinctive” French brandy, according to the news release.

Craigellachie 13 Years Old Armagnac Cask is bottled at 46% ABV and has a suggested retail price of $65. The expression will be available in the UK, Germany and France starting this month and will be rolled out to the U.S. and Taiwan later in the year.