Buy a House or Drink Through 5 Decades With Dalmore? The Choice is Yours 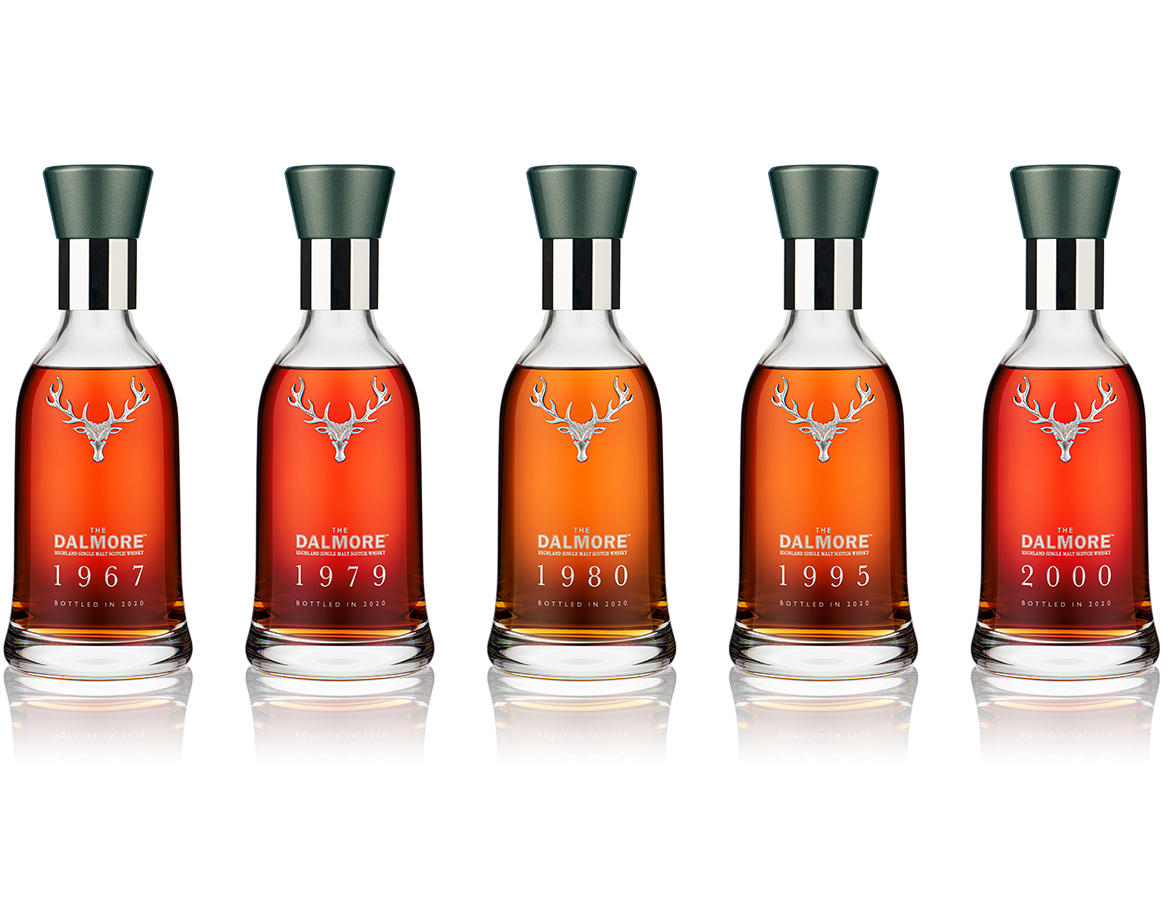 The No. 5 Collection spans five decades, with each bottle being from a different one.

Details about the five bottles, each of which pays tribute to the decade it was made in:

“This single malt provides complex but wonderfully intriguing layers of clementine, tangy ground coffee, and muscovado, thanks to its final maturation in a Mont-Redon Châteauneuf-du-Pape wine barrique,” according to Dalmore.

This single malt is a tribute to the relationship between Dalmore and González Byass, one of Spain’s most well-known sherry bodegas. The 1979 was matured in a Matusalem OLoroso sherry butt and finished in a Graham’s Port Vintage 1952. According to Dalmore, “The resulting whisky is exuberant sultanas and toasted pistachios, finishing in pleasant notes of maple syrup, pineapple, and succulent dates.”

This single malt, from one year after the second one, “takes the traditional maturation of The Dalmore and reverses it: the whisky moves from Bourbon casks into Matusalem sherry butts, then spends more than five years back in first-fill ex-Bourbon casks before bottling – a bold move which brings renewed life and vivacity to the spirit,” according to Dalmore. “The 1980 promises beautifully orchestrated single malt layers, which include a gentle whisper of bitter chocolate, marzipan, and cocoa powder.” It is dedicated to master distiller Richard Paterson, as he joined Dalmore in the 1980s.

“The 1995 is matured in ex-Bourbon casks and finished in spectacular Tintilla de Rota port pipes. It offers a burst of red berries, glazed nectarines, frangipane, and moist pecan pie on the palate, building to a triumphal finish.” The “Creation of an Icon” name refers to The Dalmore’s minimalist bell-shaped bottle, which was introduced in the 1990s.

At 12:03 a.m. on Jan. 1, 2000, the Dalmore became the first distillery in Scotland to run new spirit off the stills in the new millennium. The Dalmore Decades 2000 was aged in a Matusalem Oloroso sherry butt. According to Dalmore: “Rare and intriguing, black maraschino cherry and bitter chocolate drench the palate, and a final kiss of licorice and tarte Tatin ebbs slowly in the background. While it took 20 long years to craft this unique spirit, its exceptional quality can be recognized in a matter of seconds.”

The No. 5 Collection will be sold through fine retailers, including Harrods in London, Wally’s Wine & Spirits in Los Angeles and Le Bon Marché in Paris.

In addition to Collection No. 5, the distillery released Collection No. 6, a unique set of set whiskies that will be auctioned by Sotheby’s this month. A “significant” portion of the sale will be donated to Scotland’s design museum and the first V&A museum outside of London, V&A Dundee.