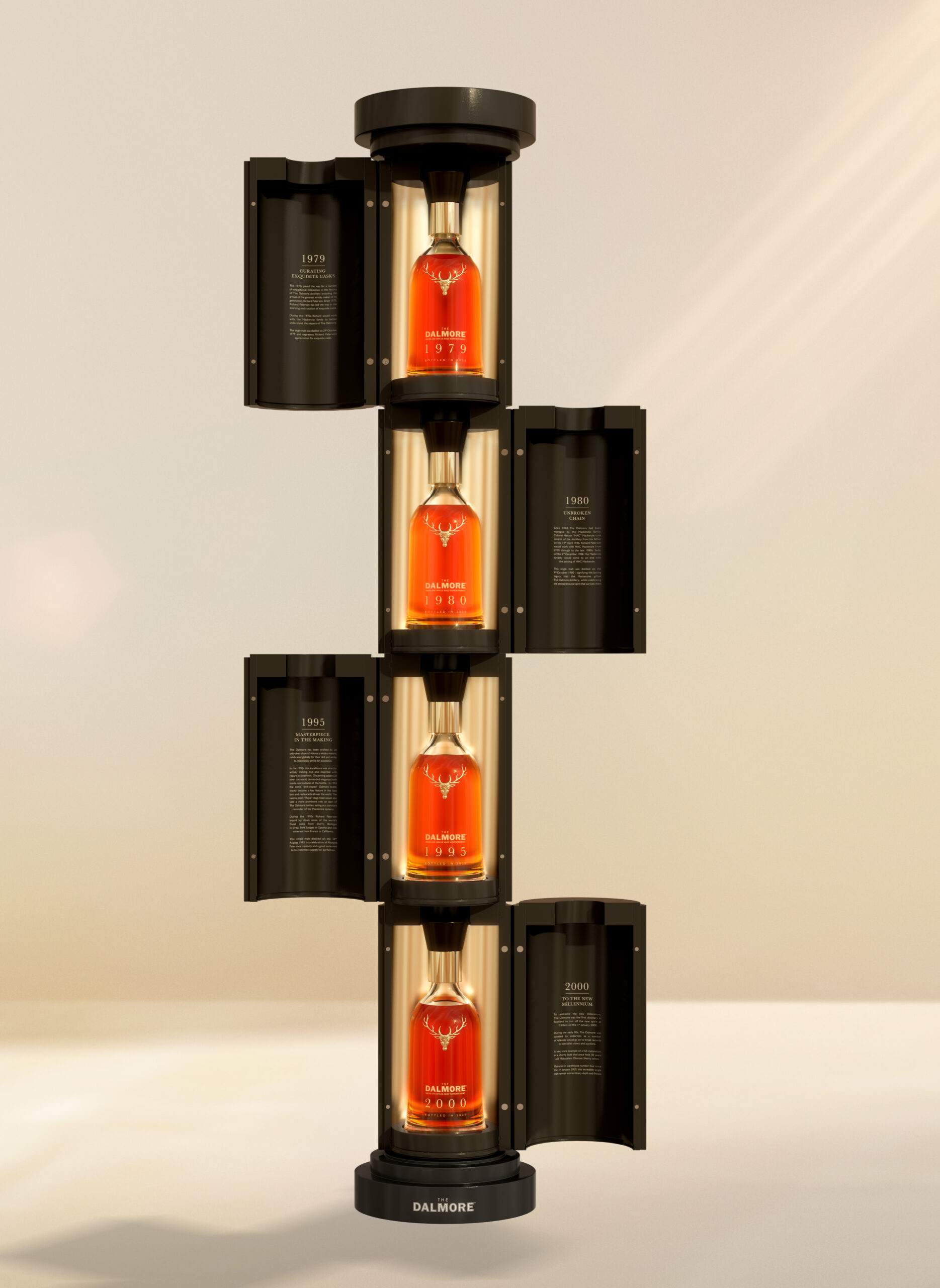 The Dalmore Decades No. 4 Collection will sell on BlockBar.com as an NFT. (Photo: The Dalmore Whisky)

The NFT will guarantee the buyer authenticity and ownership verification while offering a storage solution and handling insurance. The purchase also includes an opportunity to visit The Dalmore distillery in Alness, Scotland, to receive a tour and taste “some of the rarest Dalmore whiskies in the warehouse, hand drawn from the cask followed by a sumptuous dinner,” according to a news release.

It feels ridiculous to say $137,700 for four bottles of whisky is a steal, but that’s sort of the case. We’ve seen NFTs add serious value to whisky products; take The Macallan and its non-fungible barrel of 1991 scotch, which sold for $2.3 million, quadrupling the record sale of the non-NFT version of that product. Considering that, plus the fact that the NFT includes a tour of the distillery featuring tastings of rare scotches, logic would dictate that the price for the NFT edition of this collection would be extremely high. Yet, the non-NFT edition of the Dalmore Decades No. 4 collection is listed on The Whisky Exchange for £120,000 (about $160,000).

A spokesperson for The Dalmore told Whiskey Raiders that the price point for this collection is lower for two reasons. First, the NFT isn’t going through a retailer or distributor, which lowers the price. Second, the spokesperson said, the company isn’t using the NFT as “a money grab,” evidenced by the fact that the one-of-a-kind collection is available at a set price rather than being auctioned off, where bidders would compete against one another, exorbitantly heightening the final price.

“The price allows the consumers to actually interact and make a purchase from the brand itself. The additional experiences that come along with the NFT are just an added bonus,” the spokesperson said. “Essentially, this product is a steal and it shows The Dalmore is not getting into the NFT game to make money off their customers, but rather use BlockBar as a new way to engage with their consumers and collectors.”

Dalmore Decades collections all comprise bottles of Dalmore whisky from different decades. The number in the name corresponds to the number of bottles in the collection. Dalmore Decades No. 5 was announced in October with a $275,000 price tag.

Dalmore Decades No. 6, which was a one-of-a-kind collection featuring one of the oldest whiskies ever sold by Dalmore, the 1951 vintage, sold for $1.1 million at auction.

The Dalmore Decades 2000 – ‘Into the New Millennium’

Finish: a final kiss of liquorice and tarte Tatin ebbs slowly in the background

Cryptocurrency and NFTs have become a major part of society, so it makes perfect sense that they’d creep into the world of whisky and other alcohols. It started in May, when Irish distillery Kinsale listed a cask of whisky for sale as an NFT. Then, in October, Glenfiddich sold 15 bottle of whisky as NFTs for $18,000 each on BlockBar. Later in October, The Macallan sold its non-fungible barrel for $2.3 million, making the biggest splash yet.

In November, the wine world hopped on the NFT train when New Zealand’s Invivo Wines announced that it would be selling celebrity-branded wines from Graham Norton and Sarah Jessica Parker as NFTs.