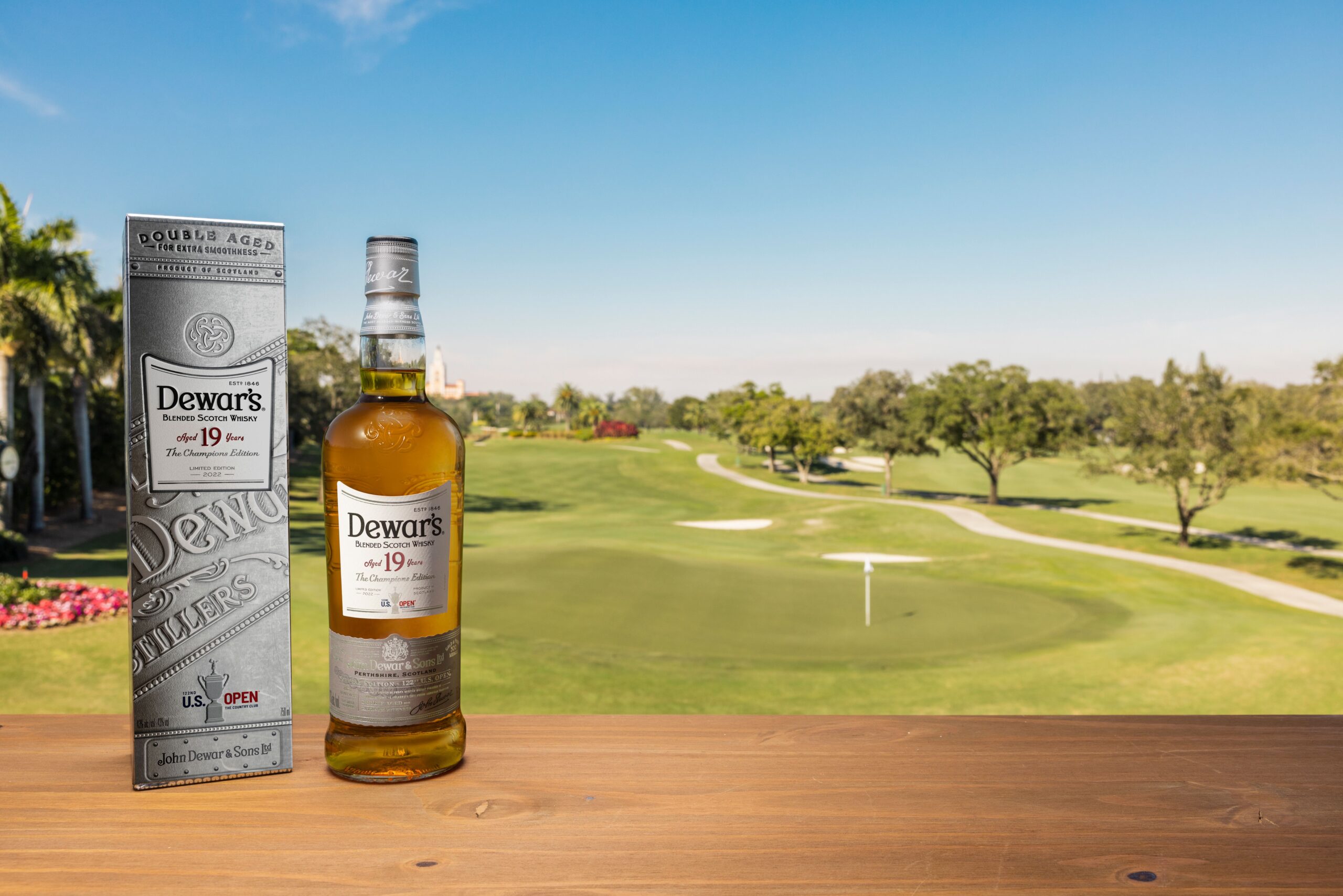 Dewar’s has unveiled a commemorative whisky for the 2022 US Open. (Photo: Dewar’s)

Dewar’s Scotch Whisky on Tuesday announced the release of its commemorative 2022 US Open bottle, named “The Champions Edition.” The 2022 edition, crafted by Master Blender Stephanie Macleod, is a 19-year-old whisky double-aged and finished in ex-bourbon, new American Oak casks and ex-rye whiskey casks.

“When creating this blend of scotch whiskies, I wanted to ensure the craft and traditions of over 175 years of Dewar’s whisky distillation and blending in Scotland were fully enhanced by the best of American wood and cask aging,” Macleod said in a news release.

“We took pristine new American oak casks that have never been used to age either bourbon or sherry prior to this 19-year-old scotch and we finished many of this blend’s components in these. Then we took ex-Bourbon and ex-Rye whiskey casks to finish other components in it. The result is a DEWAR’S 19-year-old whisky, that on the nose has a combination of vanilla and wood spices, followed on the palate by flavor notes of dried apricot, butterscotch and hints of vanilla.”

Dewar’s produces a limited-edition commemorative bottle for the US Open to be sold online and at all fine wines and spirits retailers each year under a multiyear agreement with the United States Golf Association. Dewar’s is the official scotch whisky of the US Open Championship. This year’s tournament is scheduled for June 16-19 at The Country Club in Brookline, Massachusetts.

Dewar’s The Champions Edition is available at retailers nationwide and on Dewar’s website for a suggested retail price of $79.99. The whisky has notes of heather, honey, butterscotch and cinnamon spice with a rich and fruit-forward finish, according to the brand.

Along with the whisky, Dewar’s unveiled a cocktail recipe for the 2022 US Open. Dewar’s Lemon Wedge, a twist on the classic highball, will be the official cocktail of the US Open. The cocktail comprises 1.5 ounces of dewar’s 12-year-old, 3 ounces of club soda and 22 ounces of lemonade. Simply pour the ingredients over ice, stir and garner with lemon.

The Dewar’s Lemon Wedge will be offered to patrons at the 2022 US Open and will be served in a special edition US Open memorabilia cup in hospitality venues and ticketed facilities across the grounds. For those who aren’t at the event, Dewar’s created a cocktail kit via Cocktail Courier available nationwide. The cocktail kit includes a 750-milliliter bottle of Dewar’s 21 Year Old, a 16-ounce bottle of Santa Cruz Organic Lemonade, two lemons, four 7.5-ounce cans of Q Mixers Club Soda, a packet of three Dewar’s Titleist Pro v1X Golf Balls, a packet of three golf tee garnish picks and three Dewar’s golf ball markers.