Diageo Resurrects one of Scotland’s Most Epic Distilleries 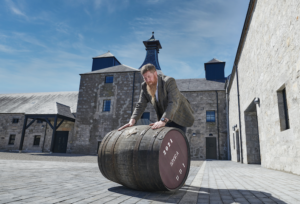 Brora Distillery has once again fired up its stills and has filled barrels for the first time in 38 years. The legendary distillery originally opened in 1819 as the original Clynelish Distillery and changed names when the current Clynelish opened in 1968. Brora stopped production and was shut down in early 1983 and since has grown in fame with highly coveted Single Malts that many thought would never return.

Diageo has worked to rebuild the 202-year old distillery brick by brick to return it to its functional capabilities. The original stills have been refurbished by skilled coppersmiths and the distillery will have the capacity to produce 800,000 liters (just over 211,000 gallons) per year. Small groups will be able to book visits to Brora in July.

Diageo is also on its way to reopening another famous distillery that has had whiskey drinkers excited.  Port Ellen has begun it’s rebuilding process and plans to open within the next few years.