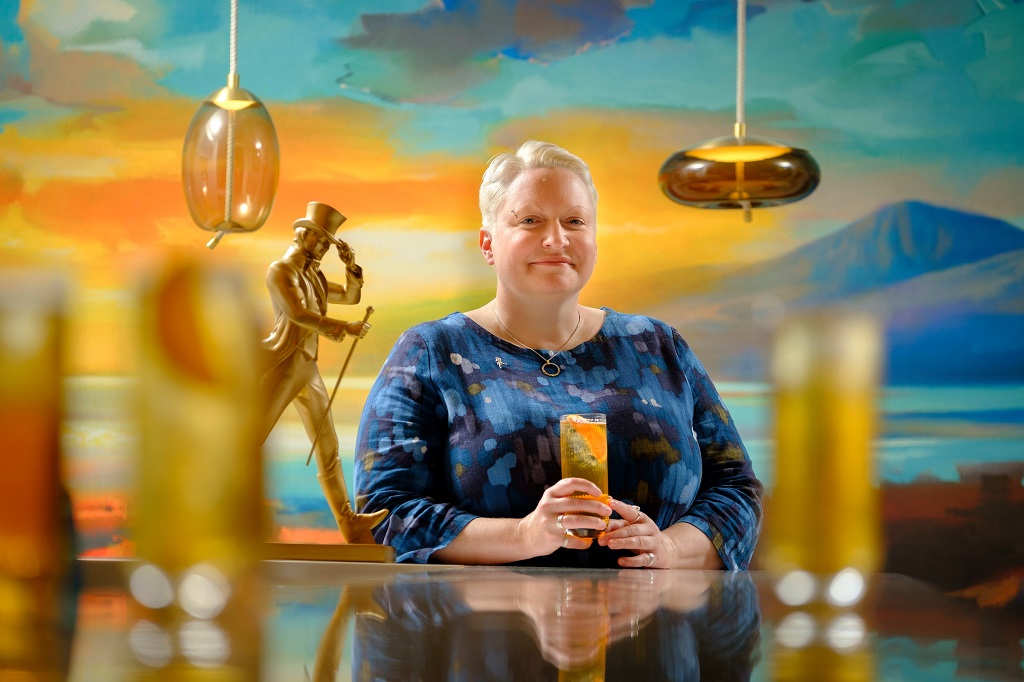 Emma Walker has been promoted to the prestigious position of master blender at Johnnie Walker, replacing Jim Beveridge, who is retiring. (Photo: Diageo)

Emma Walker made history Wednesday when Johnnie Walker announced that she will become the first woman master blender in the distillery’s 201-year history.

Walker will replace Jim Beveridge, who will retire at the end of the year after more than 40 years at Johnnie Walker, 20 of which were spent as master blender.

Walker Joined Diageo 13 years ago and, according to a news release, has “become a highly respected blender who has worked extensively on Johnnie Walker for the last six years.” She was the mind behind the Johnnie Walker Blue Label Ghost and Rare series and Jane Walker by Johnnie Walker.

“I am honoured to take on the title of Master Blender of Johnnie Walker, and at an exciting time for the brand as we embark on the next step of our journey looking ahead to the next 200 years,” Walker said in the release. “I love experimenting and innovating with flavour and we’ll be working hard to not only continue to deliver the unrivalled quality that we are renowned for but also introducing blends to appeal to a new generation of Scotch Whisky fans.”

Beveridge retires 42 years after starting his career as an analytical chemist at Johnnie Walker. In the release, Beveridge offered his full confidence in Walker.

“It is with pleasure and confidence that I pass on this privilege to Emma,” he said. “I know she will do a wonderful job as she possesses the knowledge, expertise, and dedication to make an amazing Master Blender. On a personal level I am delighted for her, and I know that her wonderfully infectious personality, that made working with her so enjoyable, will bring something exciting and different to the team and, indeed, to the wider Scotch industry.”

In her new role, which she will begin Jan. 1, Walker will lead a team of 12 whisky makers.