2 'Ghost Casks' of Whisky Up for Auction | Whiskey Raiders
Article 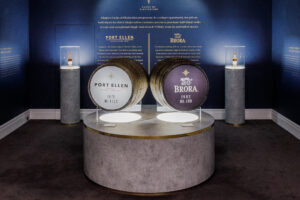 Port Ellen and Brora ghost casks are up for auction.

Two “ghost casks” of whisky are up for auction in Scotland and are expected to prove highly coveted due to the fact that both casks have been aging since the late 1970s and early 1980s. Distilled at the now-defunct Port Ellen and Brora distilleries, the whiskies are believed to be “among the rarest and most valuable casks in existence from Brora and Port Ellen’s dwindling stocks of ghost casks,” according to Sotheby’s, which is auctioning off the casks.

Port Ellen and Brora both shut down in the 1980s, leaving behind only a handful of bottles. A battle for the world’s oldest scotch has ensued in recent years, with The Macallan announcing an 81-year-old bottling in February to top an 80-year-old Glenlivet bottling announced in September. These “ghost casks” are sure to garner a high price at auction, as they represent a rare opportunity to taste some of the oldest whiskies in the world.

Diageo is a world leader in the scotch whisky industry, with an impressive portfolio of world-renowned brands, both operating and closed. Diageo’s Casks of Distinction program offers some of the rarest and most valuable casks from Brora and Port Ellen. 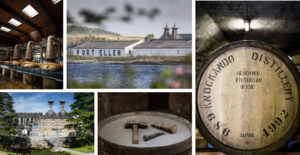 “Diageo possesses the world’s widest range of great Scotch Whisky distilleries, with whisky maturing in around nine million casks from 28 operating and around 15 closed malt distilleries,” the brand said. “Single casks that have an extraordinary quality and character are set aside as ‘Casks of Distinction’ and made available for purchase by invited private clients, before bottling and while the cask continues to mature in Scotland. Once the cask has been bottled, each bottle is serialized and hallmarked with the patron’s signature, including maturation and date of bottling details.”

The buyers of the casks will also get the option to collaborate with an internationally acclaimed artist. The Port Ellen cask buyer will receive a one-off sculpture from Ini Archibong, while the Brora cask will come with a custom shoot from New Zealand-based photographer Trey Ratcliff.