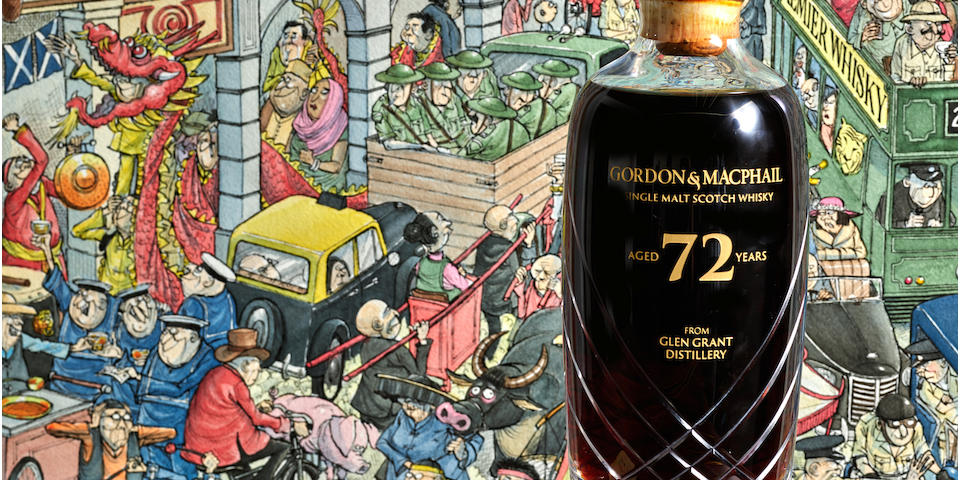 A rare bottle of Gordon & MacPhail Glent Grant 72 Year Old whisky was sold at auction with a painting and NFT completing the lot. (Photo: Bonhams)

The sale was conducted by Bonhams. The whisky auction lot was Bonhams’s first to include an NFT. The painting was commissioned by South China Morning Post cartoon artist Harry Harrison. 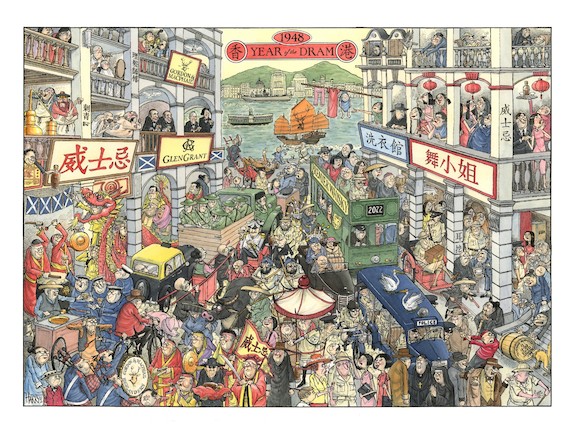 “Being asked to create a piece of art to commemorate the auction of a 72-year-old whisky in Hong Kong immediately threw up the questions ‘What was Hong Kong like in 1948, and has it matured as well as the whisky?'” Harrison said, according to Bonhams. “The thought also sprang to mind that, had the cask of Gordon & MacPhail – Glen Grant Single Malt turned up on these shores back then, there probably wouldn’t be any left to auction now.

In February, the final 50 bottles available of the 72-year expression were put up for sale for £50,000 (US$62,349) each. Of course, as is the case here, once ancient whiskies reach the secondary market, they sell for much more than their suggested retail prices.