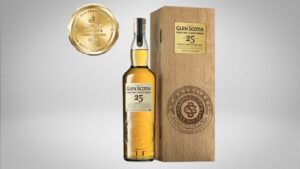 The best whisky in the world!

Iain McAlister, Glen Scotia’s Master Distiller commented in a prepared statement: “To receive such outstanding feedback and be recognised as ‘Best in Show’ at this prestigious competition is an honour, and a tremendous boost to the entire team here at Glen Scotia distillery.”

It is a complex single-malt aged in American oak barrels.

The scotch boasts its signature nose that has hints of vanilla syrup and caramel sweetness according to Glen Scotia’s prepared statement. Drinkers can also anticipate subtle notes of sea spray and spicy aromatic fruits.

The scotch is bottled at 48.8% with no added color or chill-filtration. Just as nature intended says Glen Scotia of the whisky.