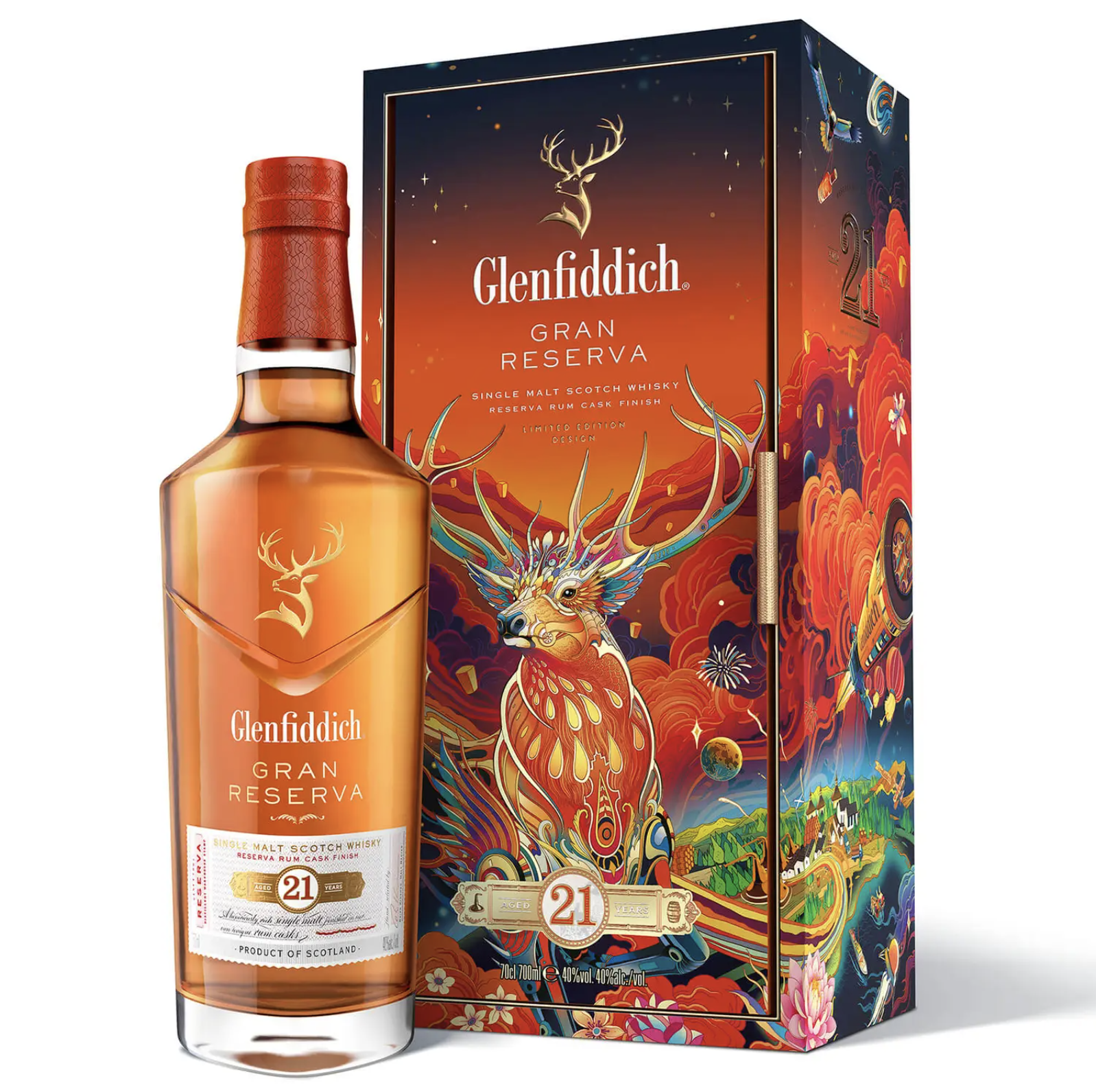 The artwork on the box was designed by Chinese artist Rlon Wang. It completes the final edition in the designed series trilogy of Chinese New Year gift packs. The collection was inspired by the journey of Charles Gordon, son-in-law of Glenfiddich founder William Grant, to share the Speyside scotch with the world, according to the distillery.

“I greatly enjoyed working with Glenfiddich for this final design; I was able to use a technique of multi-layered illustrations to put people’s brightest hopes and dreams on a canvas,” Wang said. “I gave the design an otherworldly feel with the use of traditional symbols in futuristic forms. We see old friends – Glenfiddich’s Royal Stag and the traditional dancing Chinese lion – ascending to the stars with a bright galaxy in front of them; auspicious lanterns, lotus flowers and a soaring phoenix guide them into a vibrant world full of galactic proportions. Zero-gravity allows them to reach new heights, representing a boundless future that awaits.”

This final design is themed around “Great Homecoming,” as the Glenfiddich Stag honors Grant’s return home, bringing with him marvelous stories to share.

“With the conclusion of this series of limited-edition CNY packs, artist Rlon Wang speaks to our time by capturing a feeling of optimism for the future,” said Will Peacock, global luxury director. “The talented illustrator, a fellow maverick in his field, takes our characters on one final journey to a horizon of possibility and opportunity.”

The final Chinese New Year design by Wang is available with the Glenfiddich Reserva Rum Cask 21 Year Old and the 12, 15 and 18 Year Old Malt Whisky.

Finish: A hint of smoke