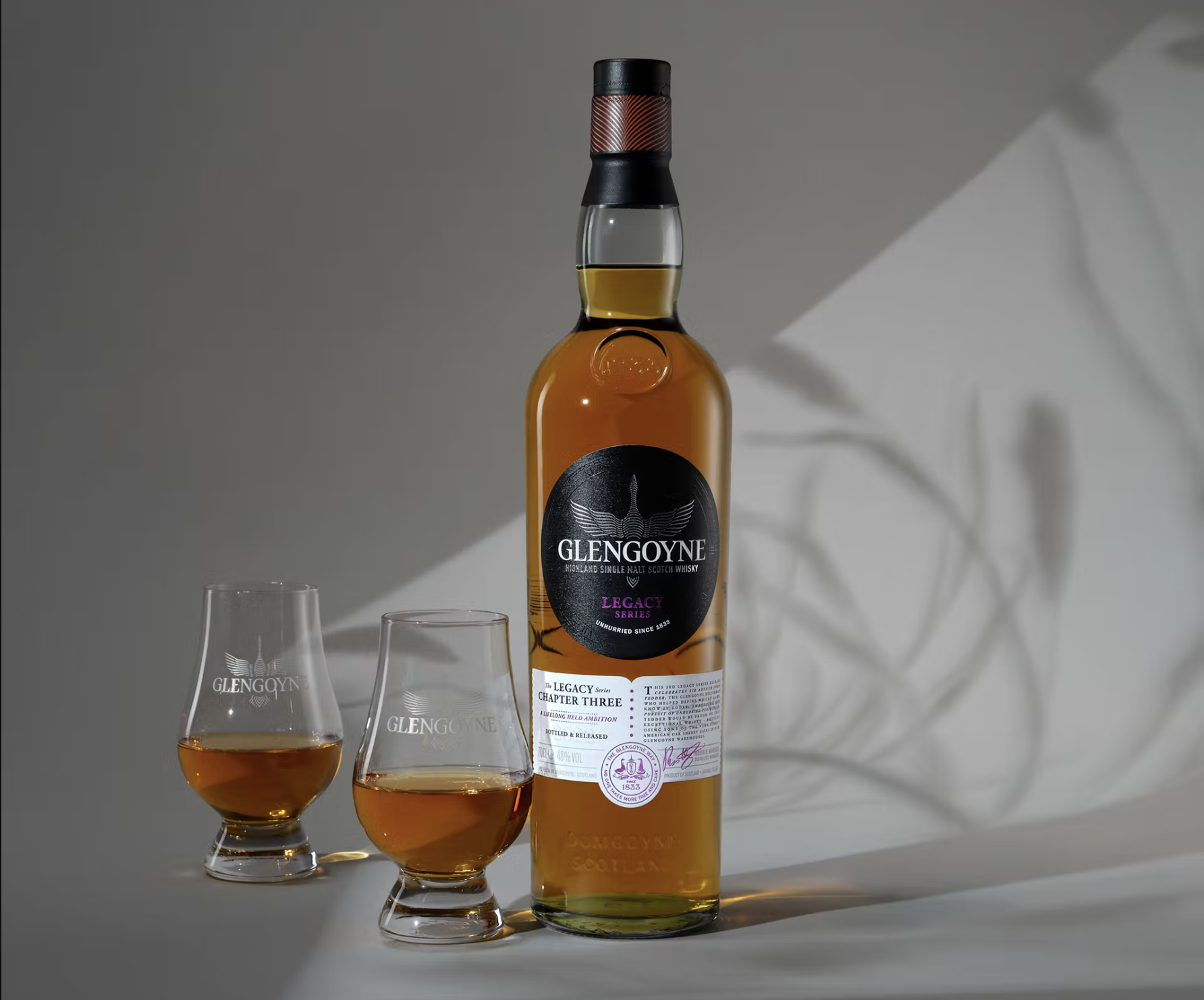 Scotch whisky distillery Glengoyne this month revealed the third expression in its Legacy Series. The Legacy Series: Chapter Three is the final installment of the series that aims to tell the stories of those who shaped the distillery over the past two centuries.

The Glengoyne Legacy Series: Chapter Three is dedicated to Sir Arthur John Tedder, an excise officer at the distillery who is said to have pioneered the distillery’s “unhurried” approach to making whisky.

From 1889 to 1893, Tedder was a resident at the distillery’s Customs House, a two-story building now used for malt intake.

The story, told by Glengoyne, goes:

March 2nd 1908 – He was first witness at the Royal Commission on Whiskey* and other potable spirits. A royal commission to determine the very concept of what whisky was.

On one side was the purists who only thought Pot Still whisky was whisky and on the other side Blenders who thought grain and malt whisky combined was whisky.

The Scots and the blenders won the day after 37 sittings; This was seen as the sensible outcome. Blends could still be called Whisky and called Scotch if distilled in Scotland.

We will use this exceptional whisky to celebrate Tedder’s influence in defining what should make a great Scotch during his time stationed at Glengoyne – defining the rules to which we still distil to this day.

Bottled at 48% ABV, Glengoyne Legacy Series: Chapter Three is available for purchase on Glengoyne’s website for £69.99 ($86).

“As our Legacy Series unfolds, each chapter represents an important part of our bold and unique history and as the final chapter, this provides a unique opportunity for consumers to complete the set of this limited release,” said Barbara Turing, Glengoyne brand manager. “Chapter Three is incredibly special and pays homage to Sir Tedder and the vital role he played in defining Glengoyne’s commitment to unhurried excellence. Glengoyne Distillery is known for its dedication to craft and time, one which has led us to becoming an award-winning Scotch whisky, and we owe so much to Sir Tedder for that.”

Finish: Light and fruity, which deepens with hints of pineapple, dried fruits, dark chocolate and lingering spice finish are the aromatic “legacy” of this wonderful dram before you reach for the bottle and go back for more.