‘Time Away from Our Tech Has Become One of the Greatest Luxuries’: Glengoyne’s ‘Offline Edition’ Whisky is Sold in a Box That Jams Your Phone 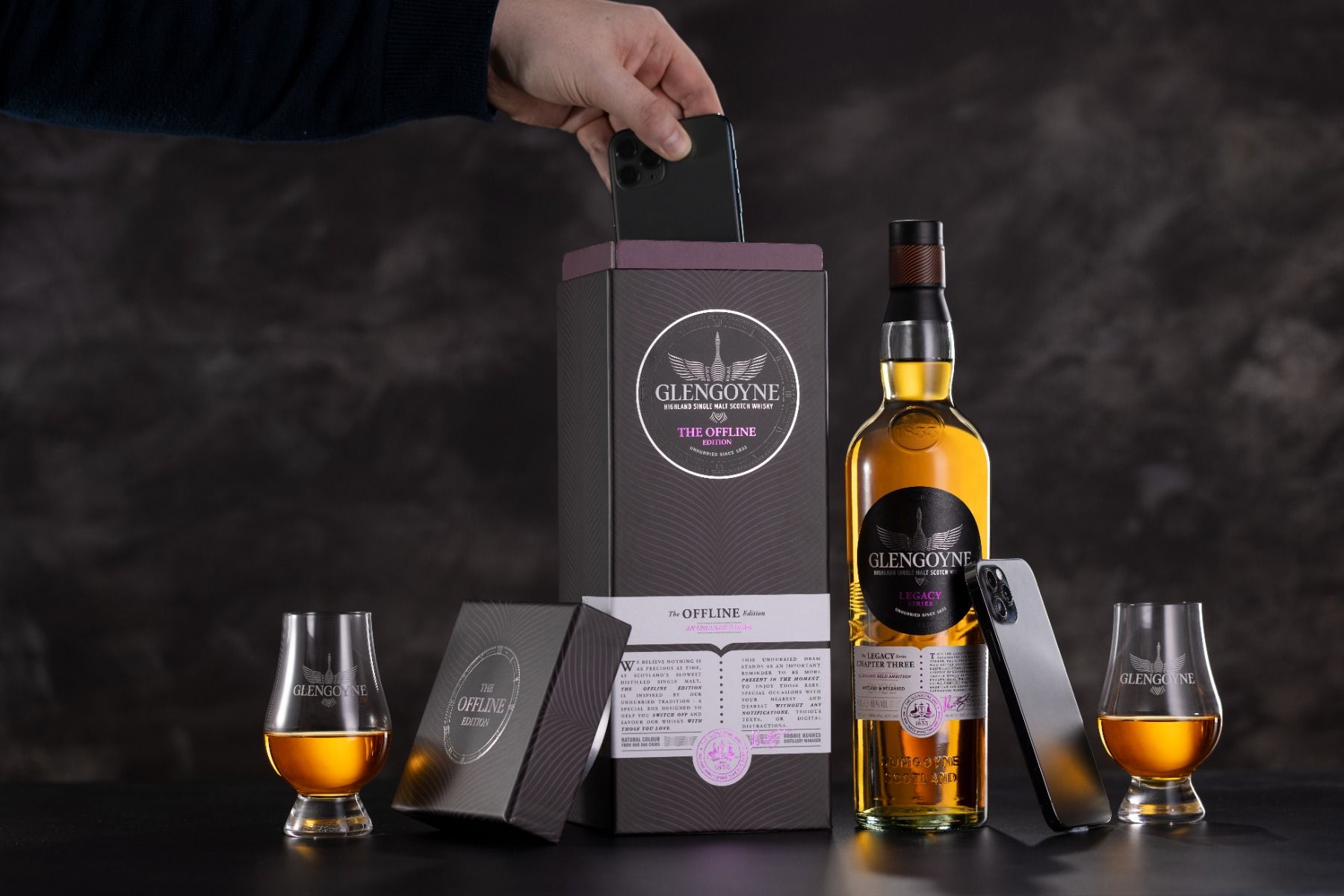 Glengoyne wants you to enjoy your time with others uninterrupted by phones. (Photo: Glengoyne)

Scottish whisky brand Glengoyne has created a whisky box that blocks phone signals, so that drinkers may place their mobile devices in the box and enjoy uninterrupted time with one another.

The Offline Edition boxes will be installed in premium whisky bars around the world, including the UK, Germany, Netherlands, France and the U.S., according to Dramface.

Glengoyne soon will release a limited run of The Offline Edition boxes, available to purchase for £120 ($150). Each purchase will include a 700-milliliter bottle of Glengoyne Legacy Series: Chapter Three.

“No matter where we are, or how hard we try, there’s a temptation to check our phones, or be distracted by someone else’s screen lighting up at the table,” Barbara Turing, brand manager at Glengoyne, said, according to Dramface. “It’s no surprise that time away from our tech has become one of the greatest luxuries of all.”

Glengoyne says the inspiration for the box was born from recent research, commissioned by Glengoyne, which showed “the extent to which our phones are interrupting important moments with others.” Fifty-two percent of adults have forgotten what they were saying in the middle of a conversation because they were distracted by their phone, while 38% admit to checking their devices frequently while enjoying special moments with friends and family. Furthermore, 69% of 16-44-year-olds have had a friend or family member check their phone in the middle of an important conversation, and 53% of Brits say they would value moments with others more without their phones present.

“As Scotland’s slowest distilled malt, we’ve always celebrated being unhurried,” Turing said. “The Offline Edition gives a new meaning to the term ‘second use’ – a special box that gives us all some time back for our own special moments with others and to savour a great tasting dram.”