Glenlivet to Make Whisky With Barley From Outer Space

‘One Giant Leap for Dramkind’: Scottish Distillery Celebrates Barley’s Return From Outer Space, Prepares to Make Whisky With it 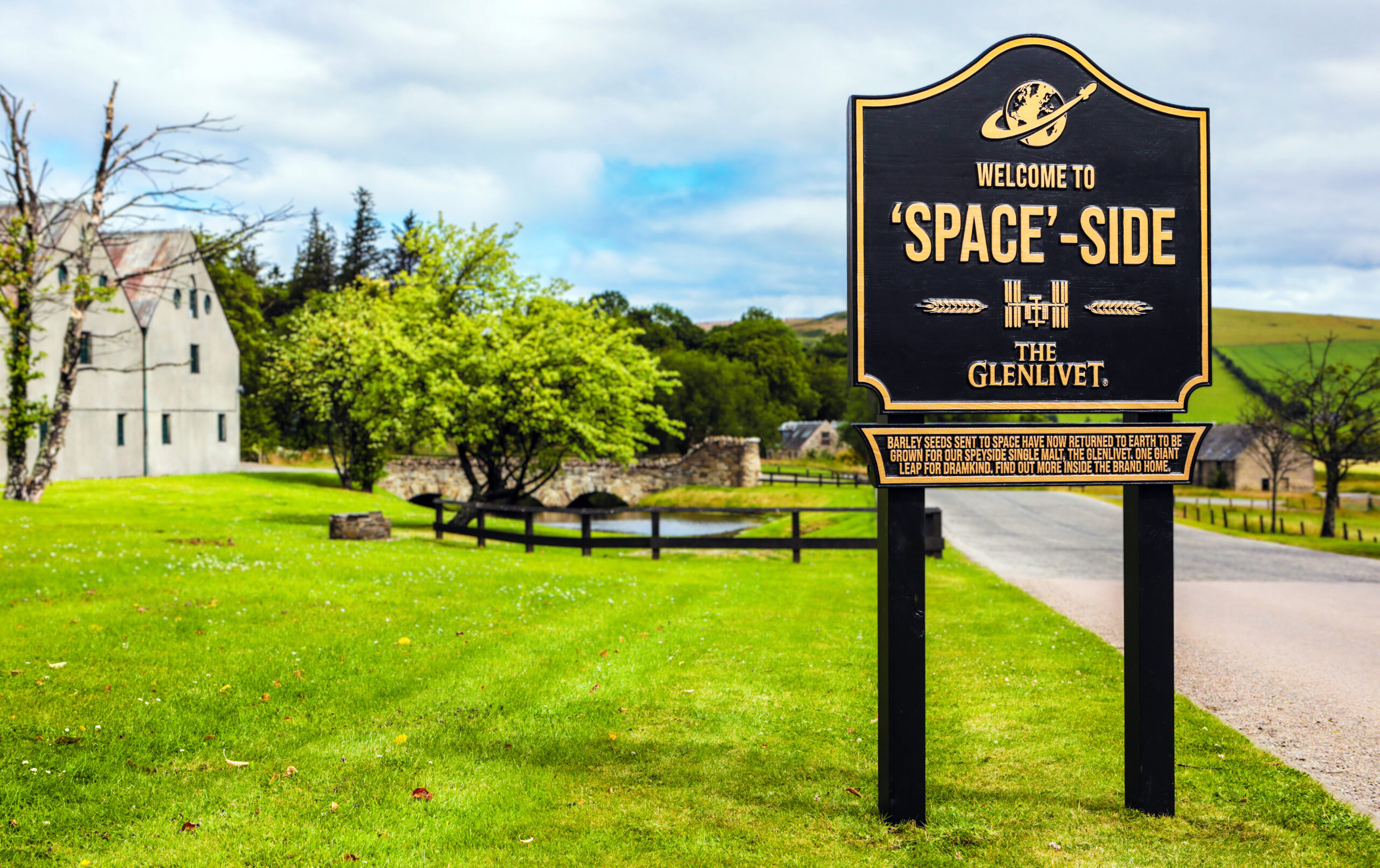 A new sign erected by The Glenlivet jokingly rechristened Speyside “‘Space’-Side,” as distillery will make a whisky from barley seeds that have spent time in outer space. (Photo: Chivas Brothers)

Speyside scotch whisky distillery The Glenlivet is celebrating the return of its barley seeds from space with a distillery sign that reads: “Welcome to ‘Space’-Side.”

The Glenlivet sent the seeds to space in May 2021 via an experiment in collaboration with scientists at the University of Guelph in Ontario, Canada.

The seeds were donated by Glenlivet’s owner, Chivas Brothers and traveled to the International Space Station on a Space X rocket to test whether they could withstand the effects of extreme conditions including zero gravity, extreme temperatures and cosmic radiation.

The experiment was led by School of Environmental Sciences professor and controlled environment systems research facility director Dr. Mike Dixon. It was part of the university’s research into growing crops in space, which has goals of giving astronauts access to fresh produce, providing clean water captured from the transpiration process, providing oxygen and removing carbon dioxide.

The results are now being analyzed.

“Historically when humans have discovered new land, they have produced alcohol, including whisky,” Dixon said in an announcement. “As a whisky enthusiast, I want to keep this tradition going as we continue to explore the possibility of life on other planets.

“We look forward to working with The Glenlivet and following the journey of the barley seeds back on Earth.”

Now that the seeds are back on earth, they will be planted, malted and distilled into a single malt whisky.

“We are always looking for new ways to innovate our single malt production and by partnering with the University of Guelph on their trailblazing space experiment, we had the opportunity to do exactly that,” said Jayne Murphy, marketing director for The Glenlivet. “We are excited to see how the seeds will perform as they are planted, harvested, malted and distilled into one of our iconic single malts. We hope it will produce a new, extraterrestrial expression with a wonderful taste.”

Multiple whiskies — including ones from Suntory and Ardbeg — have been aged in space.

In May, a music video that chronicled a bottle of Monkey Shoulder scotch whisky’s journey to outer space premiered.