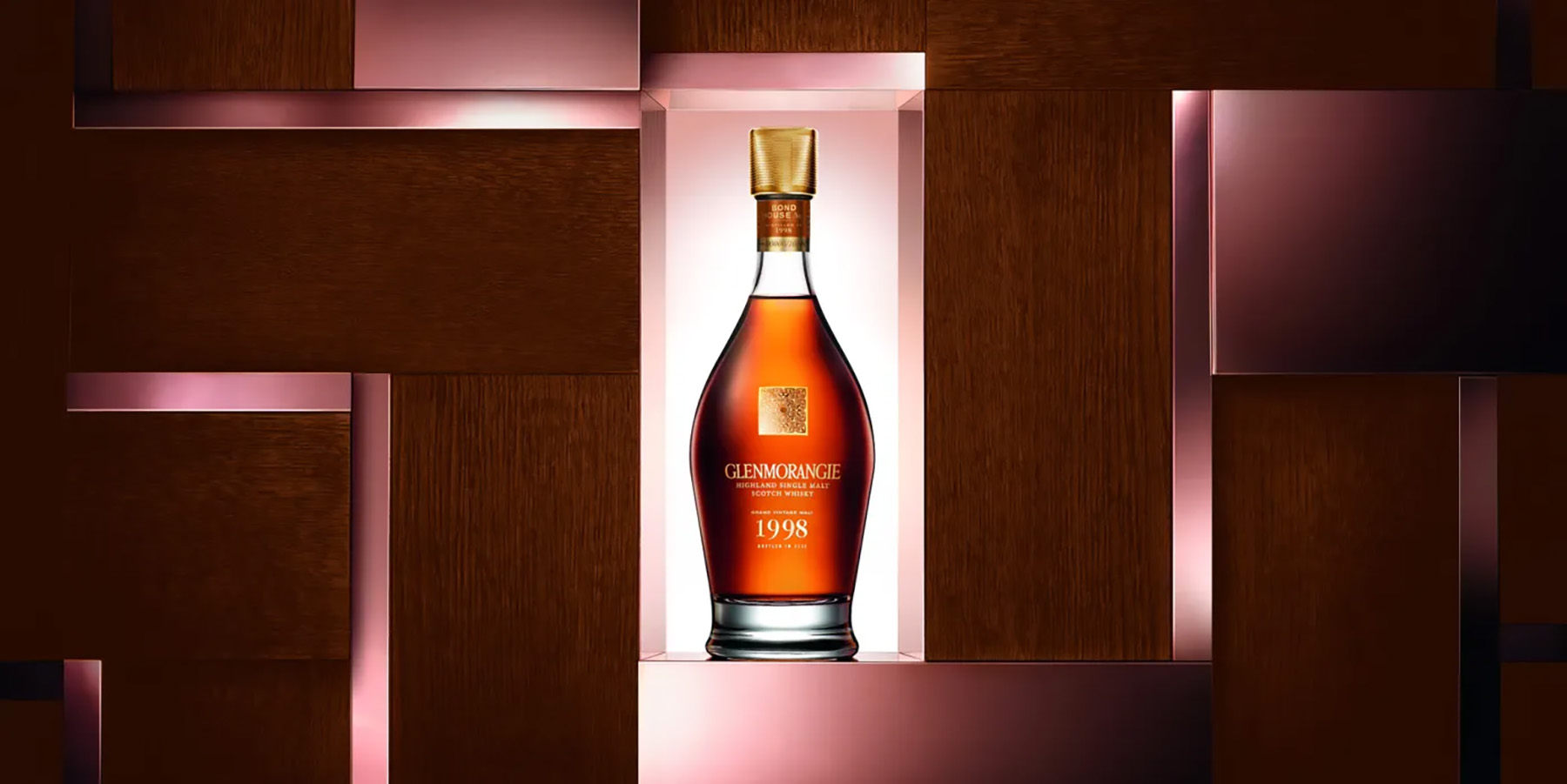 “When I started in 1998, I had endless ideas for new and delicious whiskeys,” Lumsden said in a news release, according to Whisky Experts. The aging experiments in new, carbonized oak casks were one of the first with the Glenmorangie Grand Vintage Malt 1998. The result opens a new dimension of Glenmorangie elegance.”

In 1998, new charred oak casks had never been used at the Glenmorangie distillery before. Lumsden changed that by allowing casks to burn out heavily in order to impart “an intense color and spice” to the whisky, according to Glenmorangie.

Glenmorangie Grand Vintage 1998 is now available in limited stores at a suggested retail price of €800 ($807).

This is the latest release in Glenmorangie’s Grand Vintage series, which also includes single malts from 1990, 1991 and 1996.

Nose: Rich and mild, with some toffee, ripe fruits such as pears, plums, baked apples and a light oak note. Aromas of sweet vanilla, fragrant mint and a mildly warm, waxy note of fragrant incense follow. With a few drops of water, the classic Glenmorangie citrus notes emerge with lemon, mandarine, sweet tobacco, hints of lavender and some ginger in the background.

Taste: Spicy and almost exuberant on the palate, vibrant fruitiness bursts with notes of chocolate, smooth butterscotch and hints of sweet raisins and figs. Orange chocolate follows with some clove, ginger and aniseed.

Finish: A gentle, soothing aftertaste with hints of roasted almonds, leather and dates.