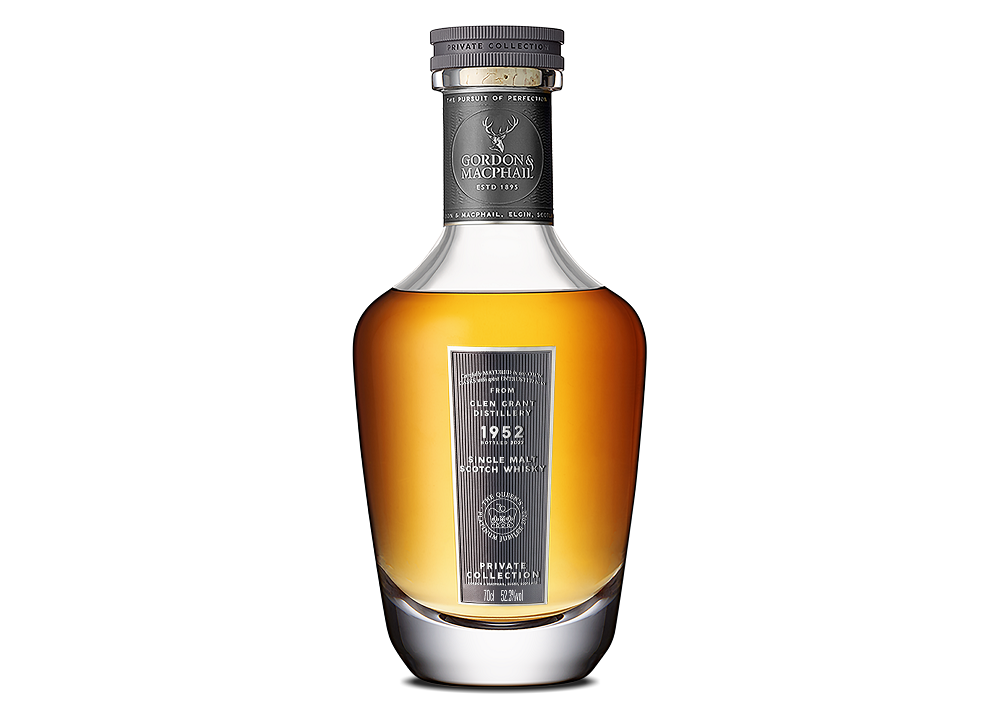 In honor of Queen Elizabeth II’s Platinum Jubilee — the 70th anniversary of her accession to the British throne — whisky distiller and bottler Gordon and MacPhail is releasing a 70-year-old single malt scotch whisky.

The Gordon and MacPhail Private Collection 1952 from Glen Grant Distillery has spent the past 70 years maturing in a first-fill Sherry butt. It was bottled Feb. 6, the date of the Platinum Jubilee.

“It’s an honour to release this exceptional single malt whisky to commemorate Her Majesty The Queen’s Platinum Jubilee,” Ewen Mackintosh, Gordon and MacPhail managing director, said in a news release. “Matured over seven decades in our own casks this single malt provides an opportunity to enjoy a style of Speyside whisky which is distinctly different to those created today.

Furthermore, Gordon and MacPhail is donating £20,000 ($25,068) from the proceeds of the release to the Queen’s “green canopy” tree-planting initiative, which will build on the Gordon and MacPhail’s 2021 partnership with Scottish charity Trees for Life.

“Our approach to ensuring our casks, made from the highest quality wood to our exact specifications, is a one which sits right at the heart of our business,” Mackintosh said.” We want to do our bit to support The Queen’s ‘Green Canopy’ initiative by continuing our successful partnership with Tress for Life. The monies donated from this release will provide funding for their nursery which grows 100,000 rare and native trees, including oaks, from seed each year. It’s fitting that this whisky will provide a legacy that will last for generations.”

Only 256 bottles of the whisky are available worldwide. Distilled on Jan. 26, 1952, the Gordon & MacPhail Private Collection 1952 from Glen Grant Distillery was bottled at a cask strength of 52.3% ABV.

Finish: A long finish with a touch of SMOKE and a hint of PEPPER.

Even well at age 96, Queen Elizabeth is a well-known fan of drinking. In October, she reportedly was advised by her doctors to give up her beloved cocktails. That same month, the husband of the Queen’s granddaughter let slip that Buckingham Palace has a secret tunnel leading to a bar.

The Queen also has decreed Royal Warrants to multiple brands of alcohol: a scotch distillery and the maker of her favorite aperitif.