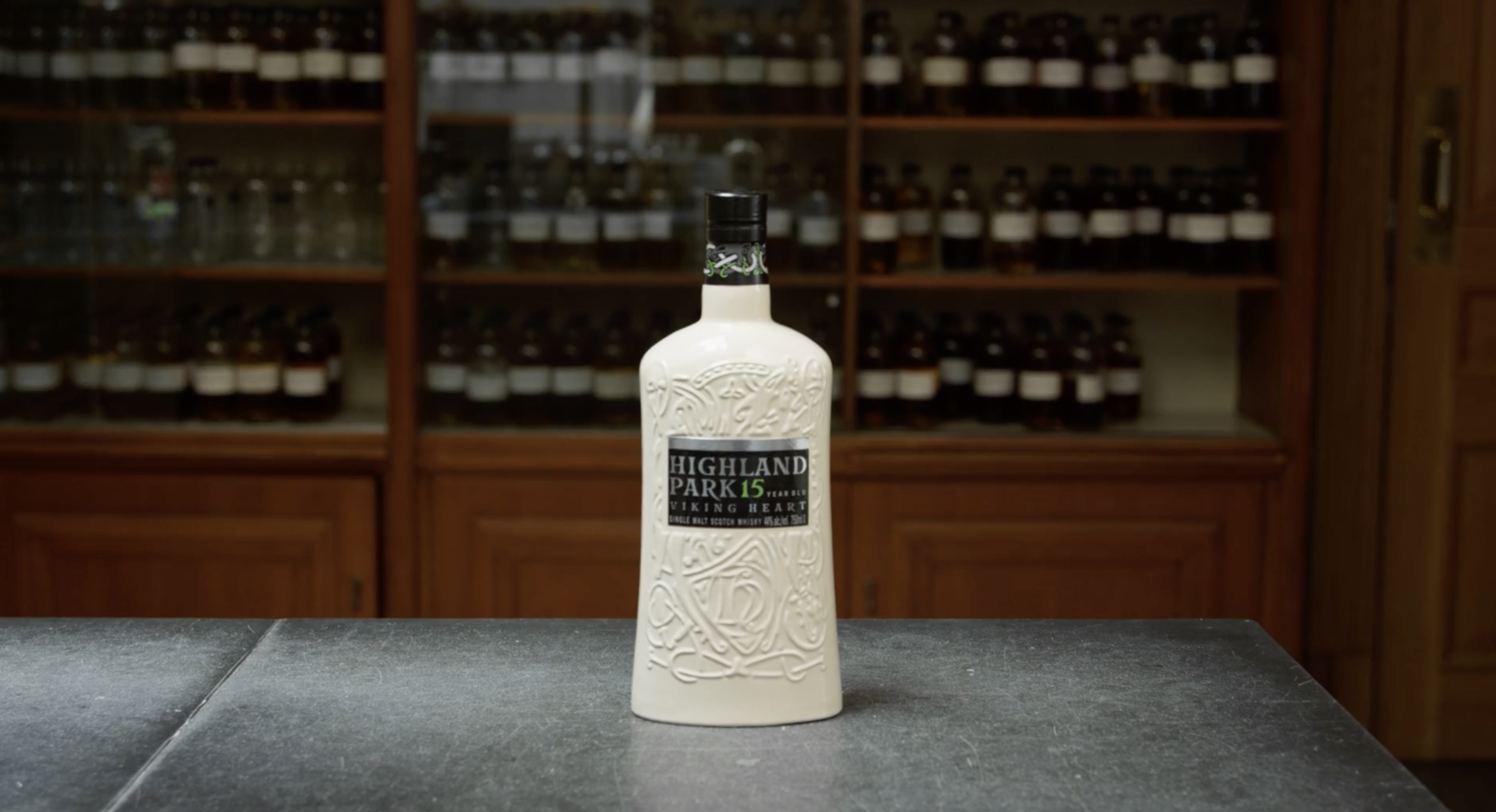 The latest Highland Park release, a single-malt scotch whisky, comes bottled in something buyers may want to put on a shelf instead of in the recycling bin when they’re finished with it.

The 15 Year Old Viking Heart comes in an elegant ceramic 700-milliliter decanter, created with England-based Wade Ceramics. The inspiration for Highland Park’s ceramic decanter comes from its own past; the distillery was founded in 1798, and according to its website, used to sell its whisky in earthenware receptacles. The distillery says that the idea for the design of the Viking Heart decanter was sparked by old earthenware containers found at Highland Park’s distillery in Orkney.

The decanter is 100% food-safe, glazed inside and out and embossed with a lion-and-serpent design. Plus, the distillery says, if you look on the back, you should be able to make out the heart motif that inspired the “Viking Heart” name. Now, enough about the ceramic… Onto the whiskey.

Viking Heart is bottled at 88 proof. Its color (no additives) is described as “light golden, clear and bright.

The suggested retail price is £80, or about $107. It is expected to arrive in the U.S. at the end of October or early November.