Is Scotch the Same as Whisky? | Whiskey Raiders
Article

Is Scotch the Same as Whisky? 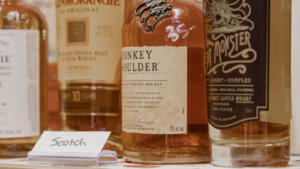 Many people think of scotch and whisky as two names for the same thing. However, there are some crucial differences between the two.

Whisky can be considered an umbrella term for a kind of spirit, as many different types of spirits fall under the “whisky” category. For example, bourbon, rye and scotch are all different kinds of whisky, but all are different from one another.

Scotch and other kinds of whisky are made from fermented grain mash, but they differ in terms of production and aging. Scotch, whisky made in Scotland, is typically made from barley and is aged in oak casks for at least three years. American whiskeys, such as bourbon, on the other hand, can be made from a variety of grains and are typically aged for less time in used oak barrels. As a result, scotch tends to have a smoother, more complex flavor than other whiskeys.

Though it is now considered offensive by many Scots, the word scotch was once used to describe anything and everything that came from Scotland. Over time, however, the meaning of the word shifted and it came to be applied only to specific products, such as scotch whisky, Scotch pie and Scotch broth. Today, the modern usage in Scotland is Scottish or Scots, and the word “scotch” is seldom used except about these specific products.

There are also multiple regulations when it comes to designating a spirit as scotch. According to the 2009 regulations, scotch whisky must be made of only water, malted barley and other cereal grains (optional). It must be mashed, fermented, distilled to no more than 94.8 proof and matured in oak casks not exceeding 700 liters for a minimum of three years in Scotland.

It may not contain additives other than water and caramel coloring (e150a). It must retain the characteristics of its raw materials and production and maturation methods (in other words, smell and taste like whisky). It must be bottled at no less than 40% ABV. These regulations help ensure that scotch whisky is of high quality and retains its distinctive flavor.

Malt whisky is often described as more full-bodied and complex than grain whisky, with a rich, sweet flavor. Grain whisky, on the other hand, is usually lighter and smoother in taste. Blended whisky combines the best features of both malt and grain whiskies, resulting in a well-balanced drink. 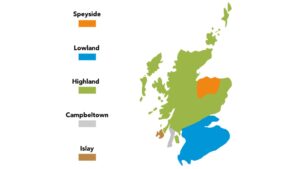 You may have heard of scotch described by the area it was made, such as Speyside or Islay. Five different regions in Scotland make scotch, and each produces scotch with a flavor profile specific to that area. The five regions are Campbeltown, Highland, Islay, Lowland and Speyside.

While some generalities can be made about each region’s Scotch, it’s important to remember that there is a lot of variation within each area. So, if you’re looking to explore the world of Scotch whisky, try scotches from all five regions to get a true sense of the breadth of flavors that scotch has to offer.

An Abridged History of Scotch Whisky

The Scotch Whisky Association says the story of scotch begins as early as the 15th century. The earliest documented record of distilling in Scotland occurred in 1494 in the tax records of the day, the Exchequer Rolls.

Friar John Cor — aka the Father of Scotch Whisky — was in luck; this was enough malted barley to produce almost 1,500 bottles of a potent spirit that would be refined and improved in the years ahead. While we don’t know precisely how Friar John Cor’s aqua vitae tasted, we do know that it was the beginning of a long and storied tradition of Scotch-making that continues to this day.

In the centuries since, the Scottish have perfected the art of distilling, creating a spirit that is loved worldwide. 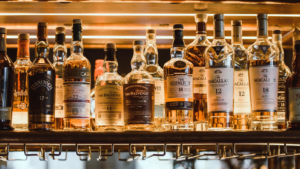 It is estimated that there are currently over 1,000 brands of scotch whisky on the market, with more being added each year. Many of these brands are only available in specific markets. Others are only produced in small quantities and may be challenging to find.

The most important factor when choosing a scotch is choosing one you enjoy. There are many styles, from light and delicate to rich and full-bodied. For example, the Macallan is known for its rich Sherry-cask influence and collectability, while Johnnie Walker is prized for its competent blending, consistency and availability. Other popular brands include Glenfiddich, Glenlivet and Highland Park.

Scotch whisky is a complex drink that has been around for centuries. It takes time and effort to produce a good bottle of Scotch, and the results are worth it. Whether you’re a seasoned scotch drinker or just getting started, we hope this guide has helped you learn something new about one of the world’s most popular spirits.