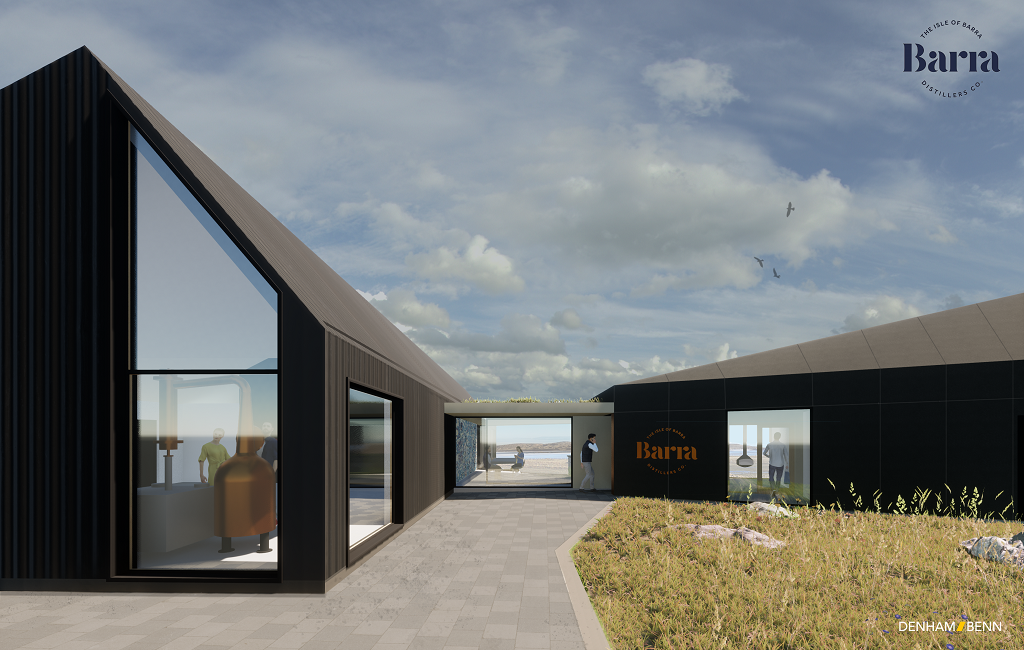 Isle of Barra Distillers announced plans to build a new whisky and gin distillery, as well as a visitors center, on Scotland’s island of Barra. The estimated cost of the distillery is £6 million (about $8 million).

Husband and wife Michael and Katie Morrison began plans for the distillery in 2016. Already they have created award-winning spirit Barra Atlantic Gin.

The new distillery, which is planned to begin construction in the spring of 2022 and open its doors in March 2024, is expected to bring at least 40 jobs to the island and generate tourism.

Isle of Barra’s single malt scotch whisky will be “distilled on the edge of the Atlantic and matured with the salt in the air,” according to the distillery’s website, which adds that the single malt will “capture the essence of our unique home in each bottle.”

Isle of Barra Distillers will offer exclusive memberships that will cost £500 ($670), according to Scottish Field.

The distillery expects to produce 200,000 liters of pure alcohol a year and says that number could double with an increased workforce. Each year, Isle of Barra Distillers plans to donate 1% of its total net profits to the local community.